I started this post the day before he turned 8 months old.  You'd think I could get it finished on time.  At least I did get the sticker pictures done on the correct day.

~Has a great crinkle nose open mouth smile.
~Only 1-3 weeks left in the helmet. (I'm writing this late... he gets it off on Thursday! woohoo!)
~Sits up great by himself.
~Takes a 2-3 hour nap in the mornings.  Lately has been taking a nap in the afternoon as well.  Goes to bed by 7pm.
~Loves to grab hair (or beards).
~Loves jewelry.
~Gets super excited when he sees someone he loves or his bottle and will practically jump out of your arms while bouncing excitedly and waving his arms.
~After I feed him at night, he'll let me turn his body more toward me and snuggle with him.  He'll lay there and doze in and out or reach up and touch my face.  When I give him eskimo kisses or a kiss on the cheek, he just smiles so sweetly.
~Likes to play in the water during bathtime.
~Rolls all over the place especially when you're trying to get him dressed.
~Holds his hand out like he's waving.
~He likes rough play... especially with daddy.
~Still only says mama and maybe "blah blah"... lol
~Finally eating puffs without choking on them.
~Has tried potatoes but that's about it because he spits it out.  I guess it's the texture?
~Have tried 4 different sippy cups and he wants nothing to do with any of them yet.

And of course...the best part :) Pictures! I'm trying to get back on track with the blogging so this is only June 10 through June 22. 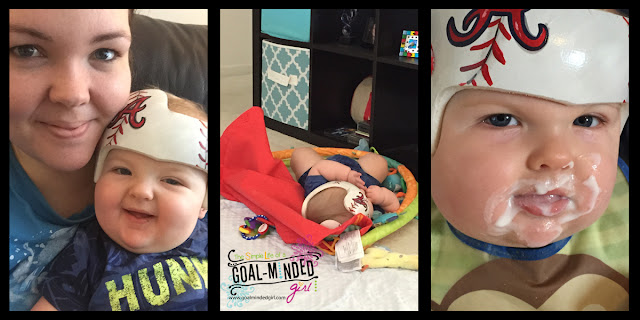 June 10 (all 3).
He made what looked like a toy cocoon in the second one... thought it was funny.  The third is the first time having yogurt.  It's so messy! 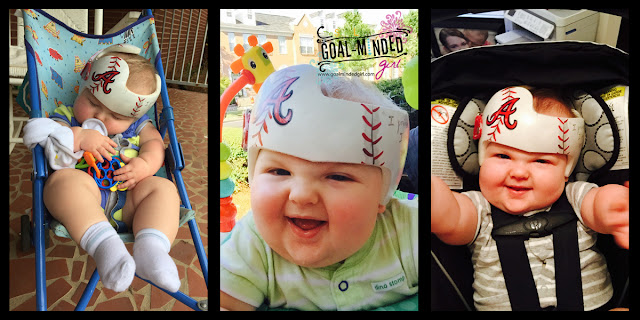 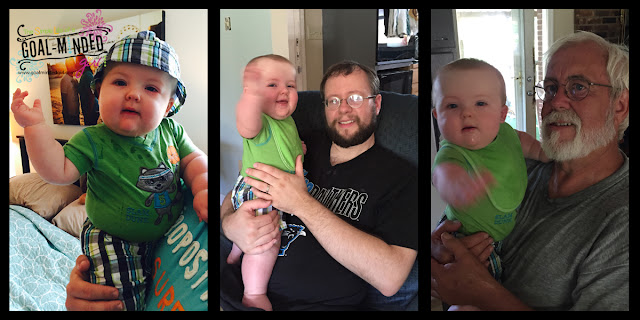 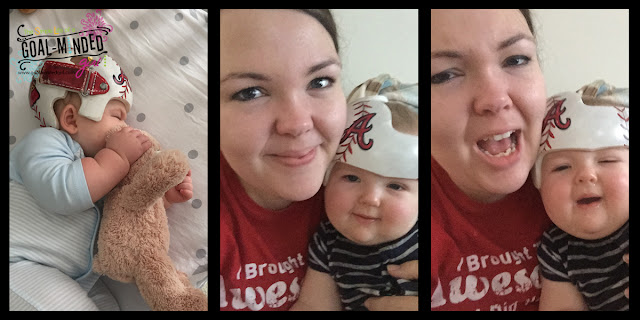 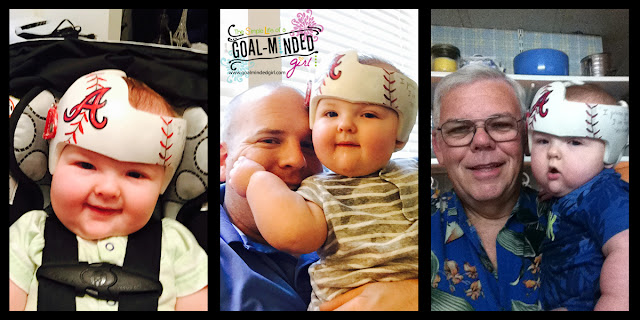 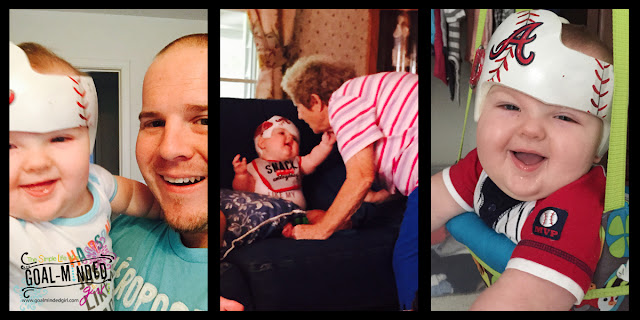 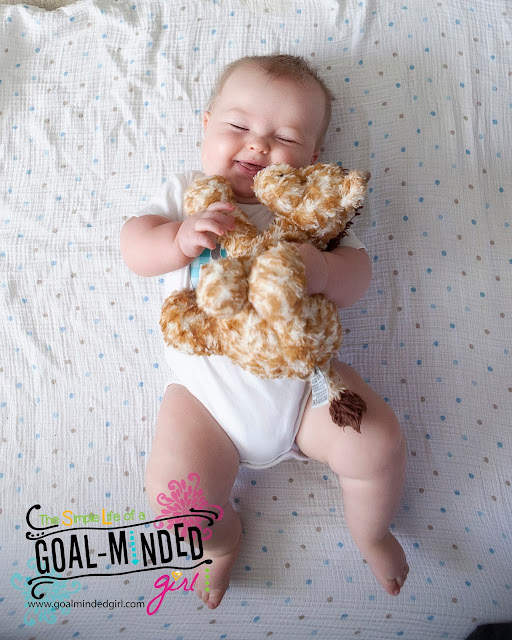 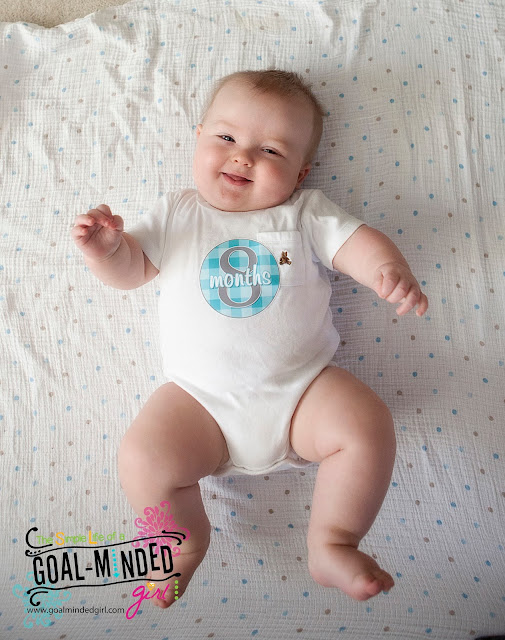 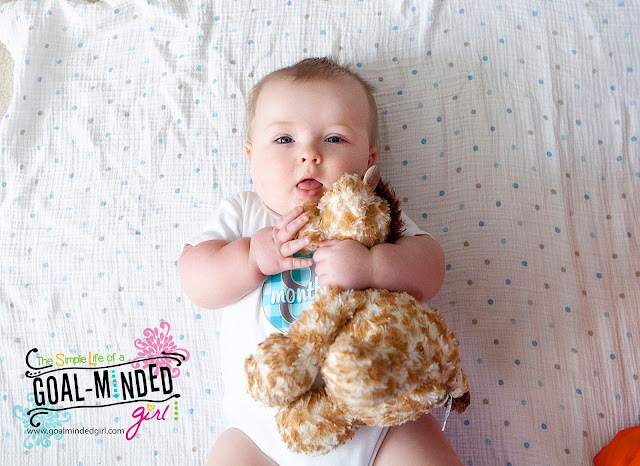 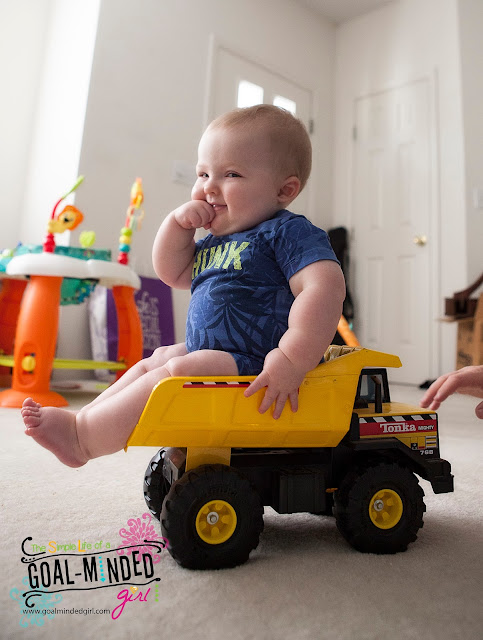 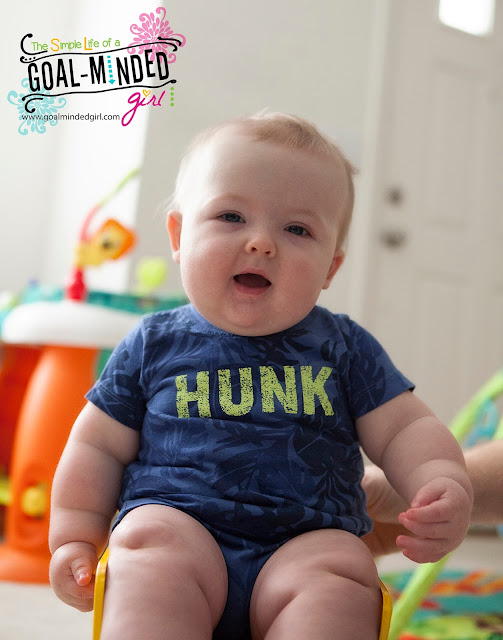 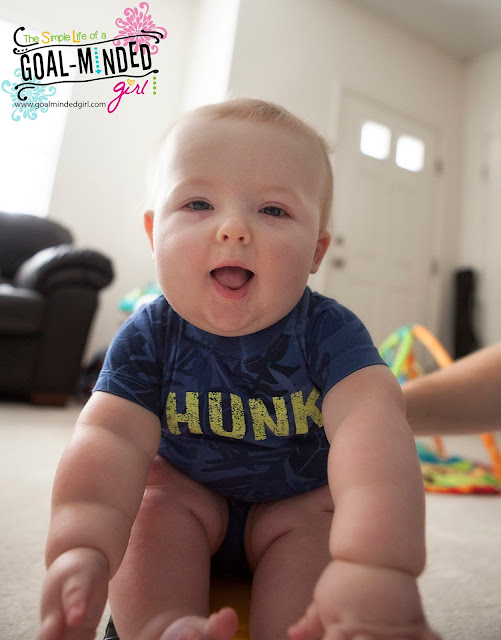 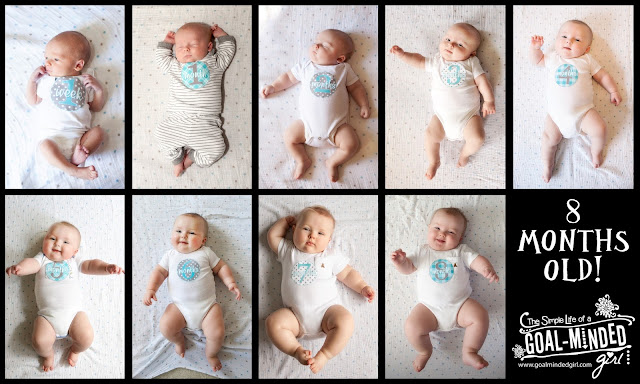 I'll have a lot more pictures in the 9 month post which is coming way too fast!!  Ugh... slow down time!