Have you ever heard the analogy that a woman's mind works a little like having internet explorer open with a ton of tabs all at once?  Well.... there is lots of truth in that.  I prefer to think of mine as lots and lots of train tracks that look like a jumbled mess and intersect in multiple areas and sometimes my thoughts just jump from one train to another and sometimes they crash.  Don't act like you don't know what I'm talking about! :)

I decided to take a break from Facebook (too much time wasting and controversial drama... ain't nobody got time for that!) so the lucky few of you will get to hear my thought pattern here (assuming you make it through my ramblings).

So here are a few of Monday's musings...


Two
Melissa Smith Designs
I'm so close to finishing my website!  Finally!  It has been quite the learning experience for sure.  But until then, check out my Facebook page and like it :)  Also, if you are in the Charlotte area or Carolina Beach area, I have special mini photo session dates coming up.  Or if you are interested in a photography session in the upcoming months, feel free to contact me.  I'm also doing graphic and marketing design.  So I do logos, business cards, flyers, newsletters, brochures, posters, and other marketing material. 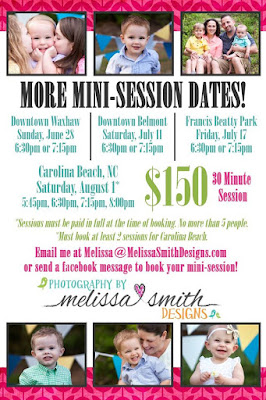 Three
Maddox
My adorable little Maddox is 8 months old.  I can't believe it.  Sometimes I don't really want to believe it.  His sweet little personality is really starting to come through.  I'll do his 8 month post in a few days after I do pictures (slacker) but here's a couple pictures to get you by ;)  The first is him admiring himself in the mirror... he loves it.  The second is him with his only great-grandmother.  I can't help but think of how much his other 3 great-grandmothers would have adored him.  The third is him shopping with daddy... a sports store of course.  The fourth is him just being the insanely cute little thing he is. 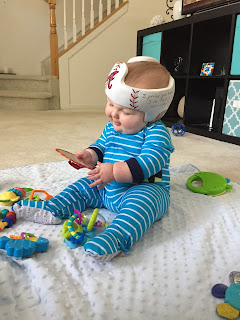 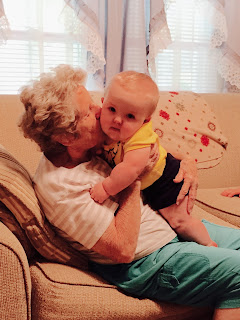 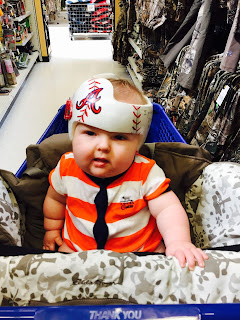 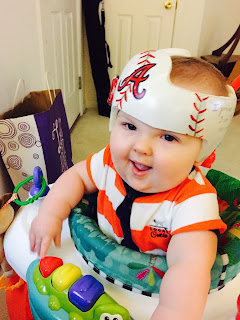 Four
Home Decorating (or the lack thereof)
We've lived in our house for 5 months now.  I'm still staring at blank white walls! Yikes!  If you know me at all, you know how much I HATE that!  But life gets busy and it's hard to find time to prep the walls (that all needs to have screws removed, holes filled, sanded, and wiped down) much less paint them and then hang curtains and pictures and such.  Hopefully one day soon.  I really need some color asap!
Five
Car Seats
Maddox is already 25-26lbs so we're going to have to look into a convertible car seat soon.  Man are those things expensive!  Any recommendations on the best?  We have the Britax b-agile travel system now because the reviews were great.  It was expensive but we were able to use a lot of gift cards to get it right before Maddox was born.  So here we are 8 months later.... giftcardless and on a "budget" tighter than those spandex leggings that women somehow squeeze themselves into lol I've looked at Target several times but I don't have a clue in the world which to get.  There are some that are $299 and some that are $69.  So is this one of the things where you get what you pay for?
There are many more trains of thought running right now but I'll end there for now and save some of the excitement for later :) lol  I'm hoping my break from Facebook allows me to get my priorities back in order.... God, family, business is where I'm at right now.﻿

Posted by Melissa Smith at 9:43 PM