It's a little difficult to take 2 month old pictures when the baby has to get shots and then sleeps for the rest of the day and you don't want to disturb him for fear of what that could mean.  So this is a little late.

~First Smile: Dec. 12 (7 weeks). I was holding him and looking for something in his dresser and looked down at him and he was smiling at me.  Mommy heart explosion right there.
~First night sleeping in his crib: Dec. 12.  It went really well.
~We had Thanksgiving but didn't go to my family's gathering because we didn't want him around a lot of people.  Come to find out, there really wasn't many people there so we could have gone and been fine. So we went to Darren's parents and then that weekend we got together with my immediate family and aunt and uncle.  My nephew calls Maddox "Magdox". It's cute of course... kind of like when he called me "Ann Mi Sasa".
~I made Darren come to his 2 month appointment with me so he could hold Maddox when he got his shots.  I couldn't bring myself to do it.
~He has his first cold (Merry Christmas to us...)
~He's starting to coo and make fun little baby noises.
~I left my job and will be staying home with him for a little while (or a long while... we'll see).
~I call him Jack Jack sometimes... like the little baby on the incredibles.  When he gets really mad, his face gets BRIGHT red just like the little baby at the end just before his head busts into flames lol It's startling and funny at the same time.
~When he starts to wake up, he moves his head back and forth like Ray Charles.
~Visited Santa for the first time on December 8th.
~Guess I'll include his first Christmas on this post even though technically it happened a few days after Christmas.  Oh well.  Christmas Eve was hectic.  We always do Christmas with Darren's family on Christmas Eve morning so we didn't change that this year.  Maddox did well considering it was most of the day and he's used to chillin' at home.  He racked up on toys and clothes.  Then that evening, we had Christmas at my grandfather's with my mom's side of the family.  Maddox had a little bit of a meltdown but thanks to his aunt Jennifer, he passed out for most of the evening.  That night, it took him about an hour to go to sleep but the sweet little thing gave us 5 straight hours of sleep.  I woke up thinking something was wrong and I had missed something lol

As for me...
~Probably adding to those lingering 12 labs with the holidays but the first of the year, it's on baby... especially since I'm going to be at home for a while. Definitely nothing stopping me but myself.
~I'm without a job for the first time in a very long time.  This is new territory for me.  I'm going to need to make the most of it in case it doesn't last as long as I would like. 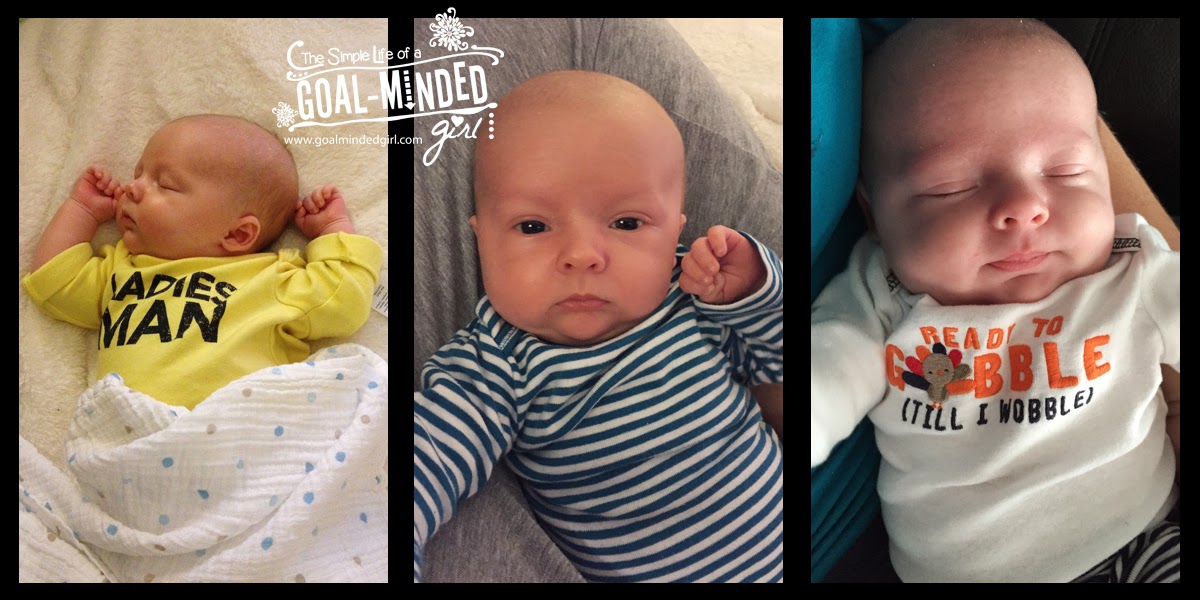 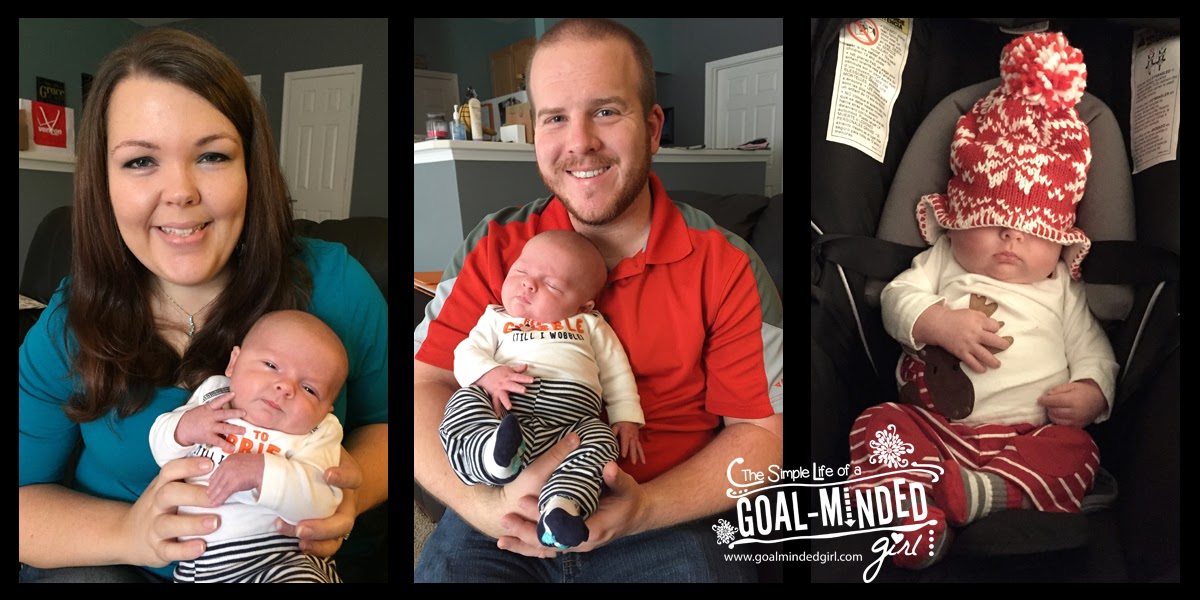 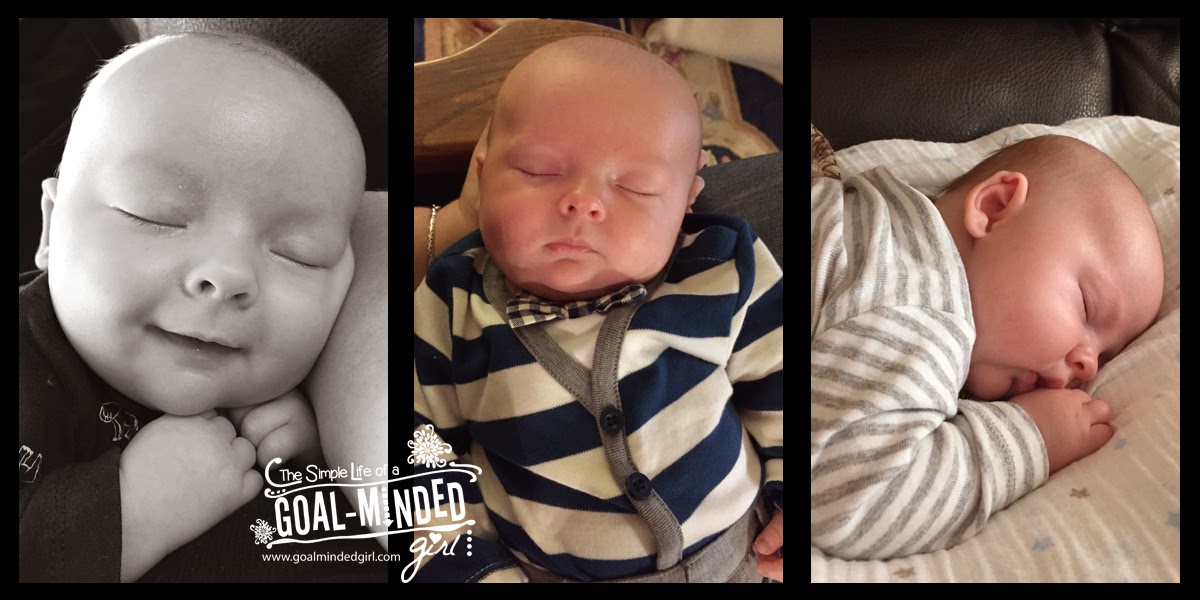 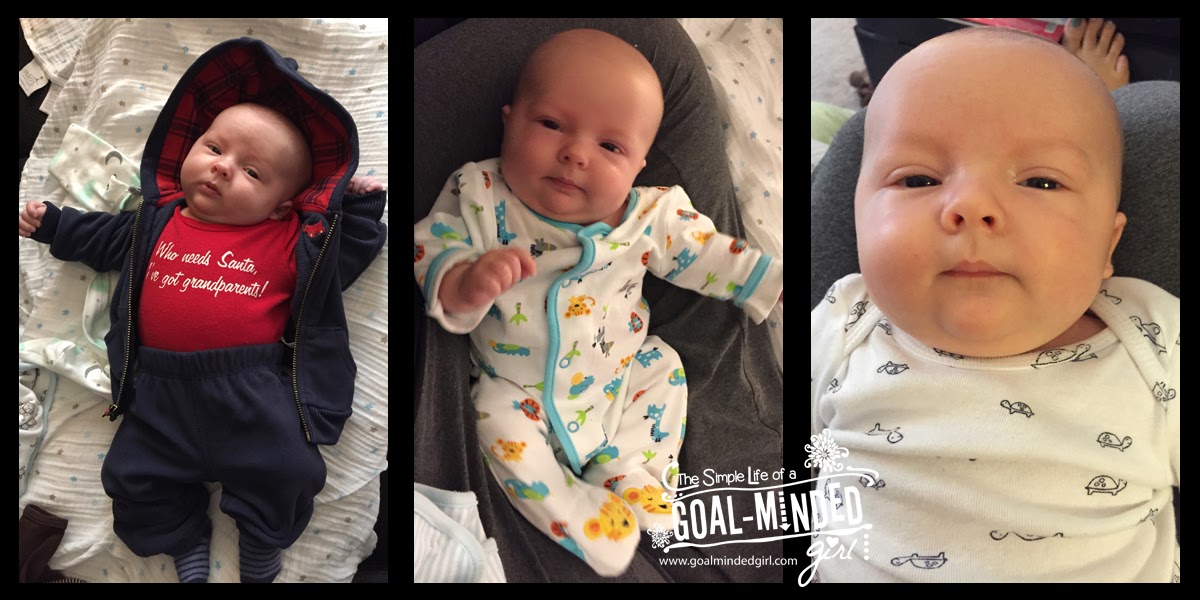 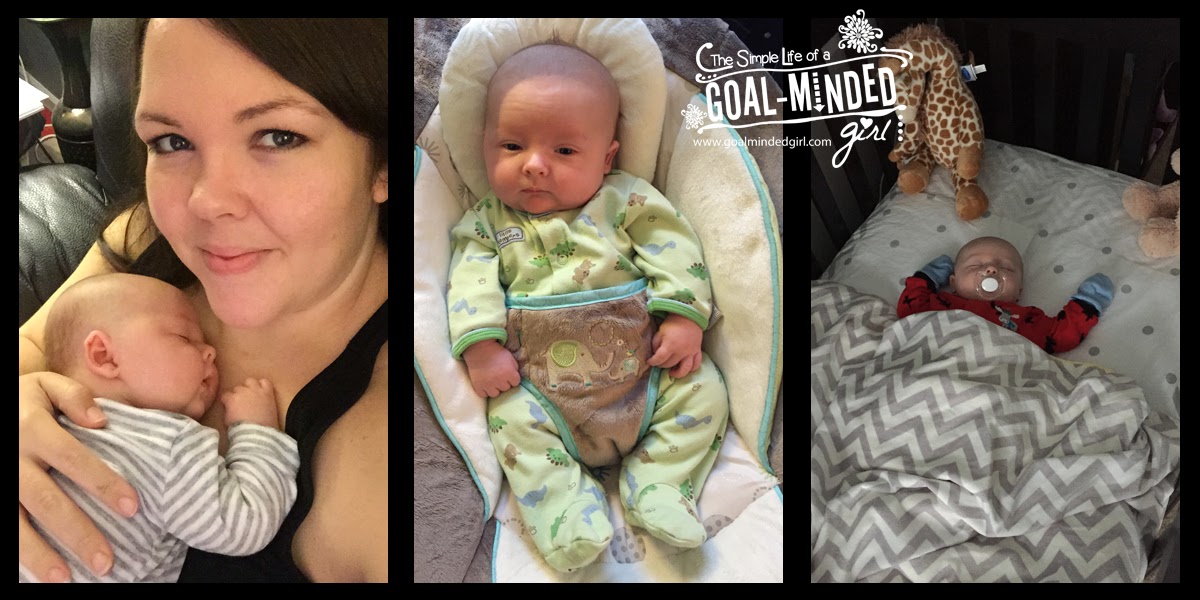 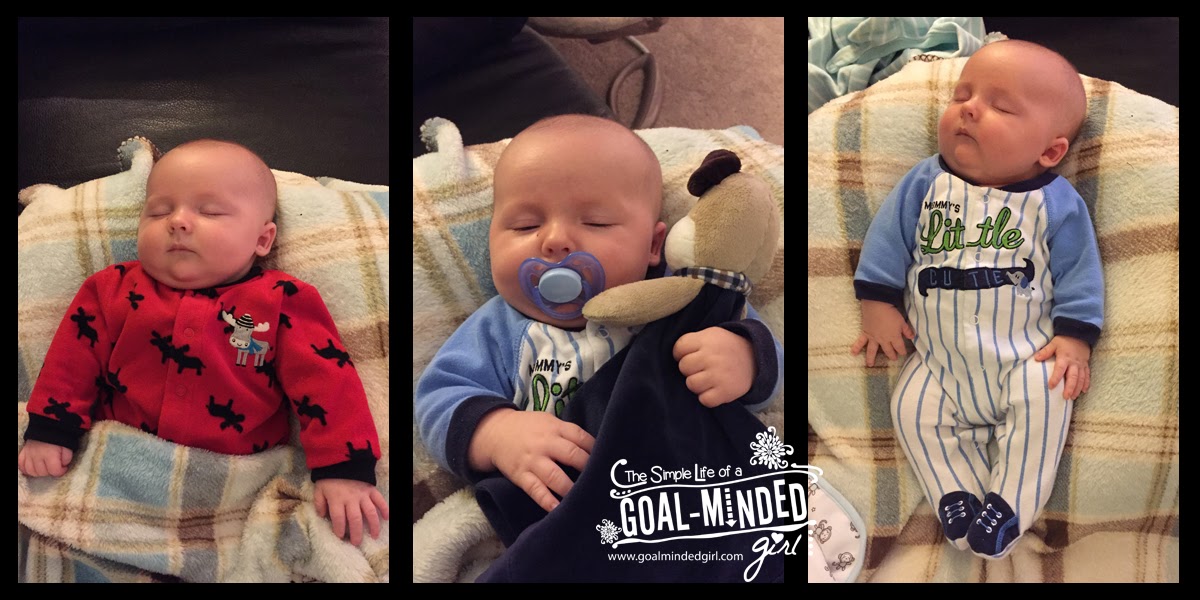 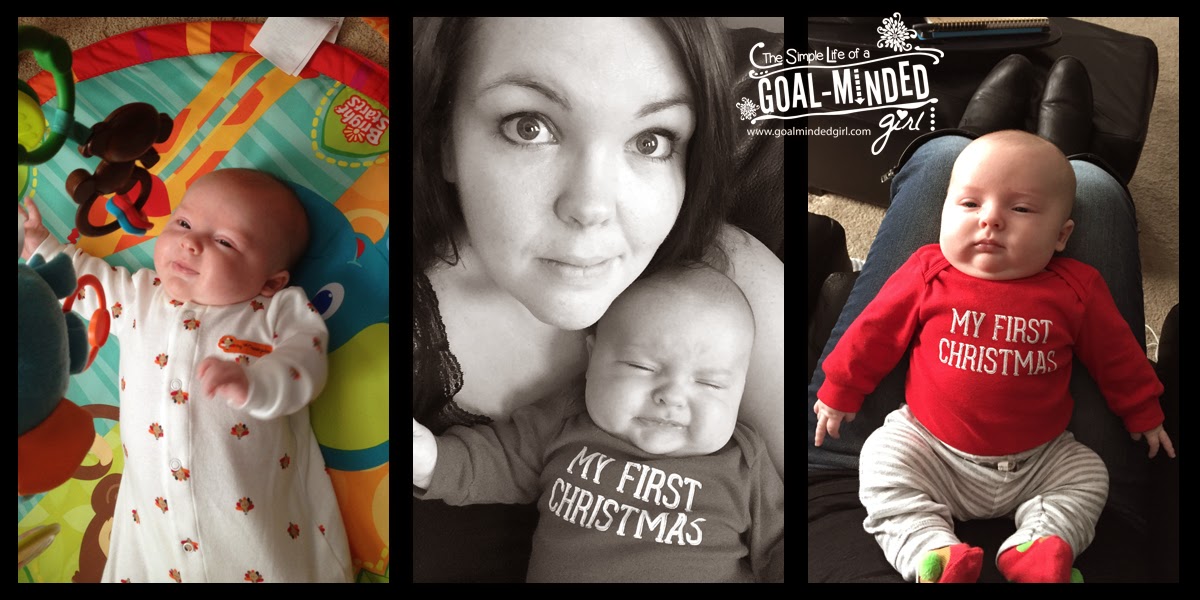 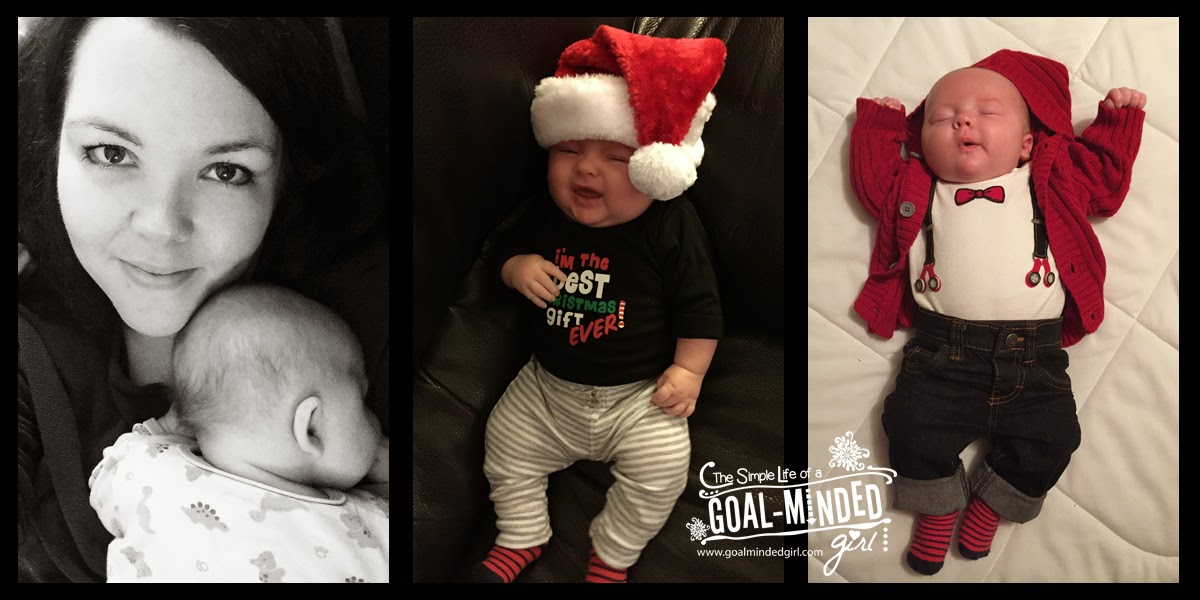 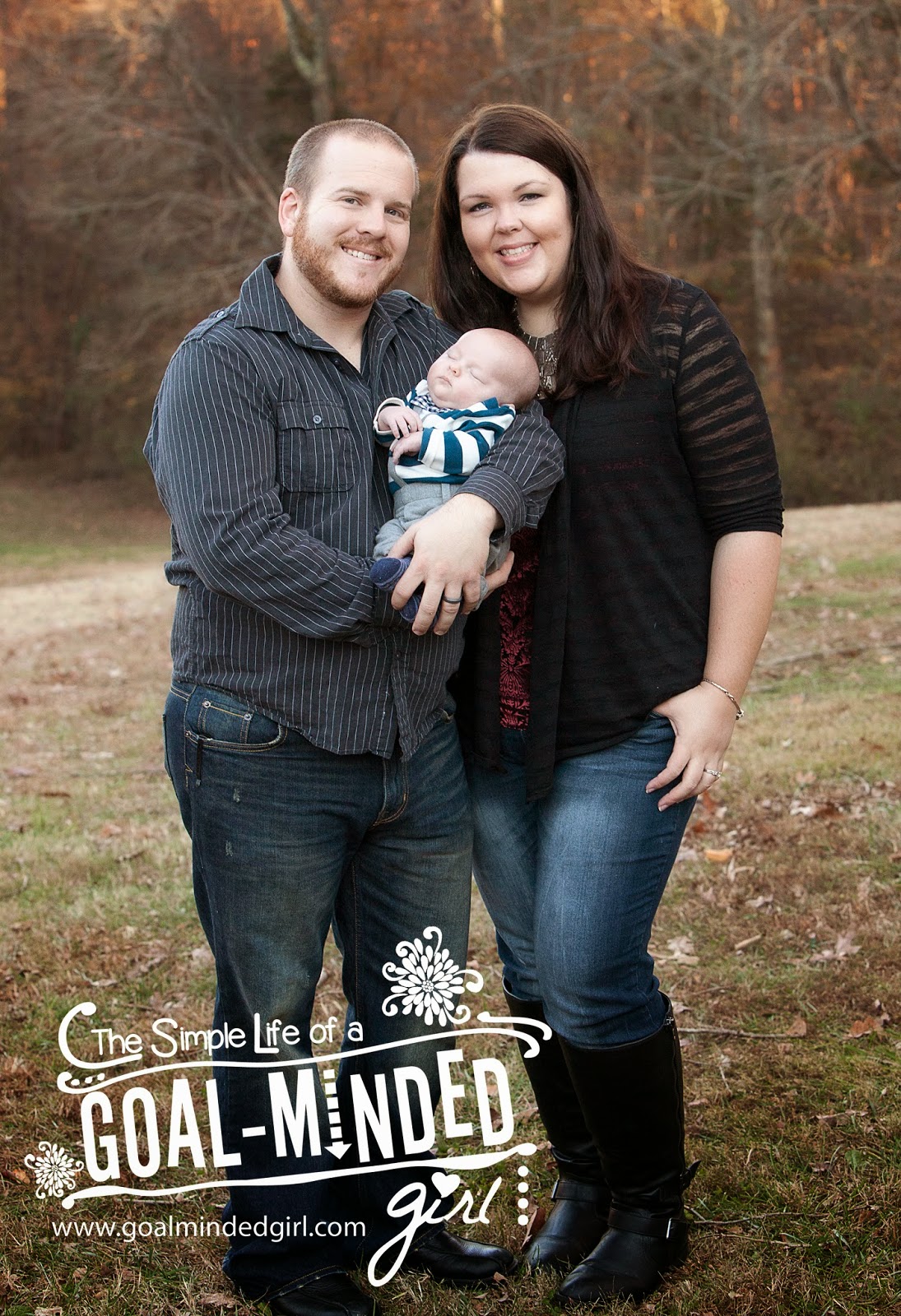 November 30 (I love my little family) 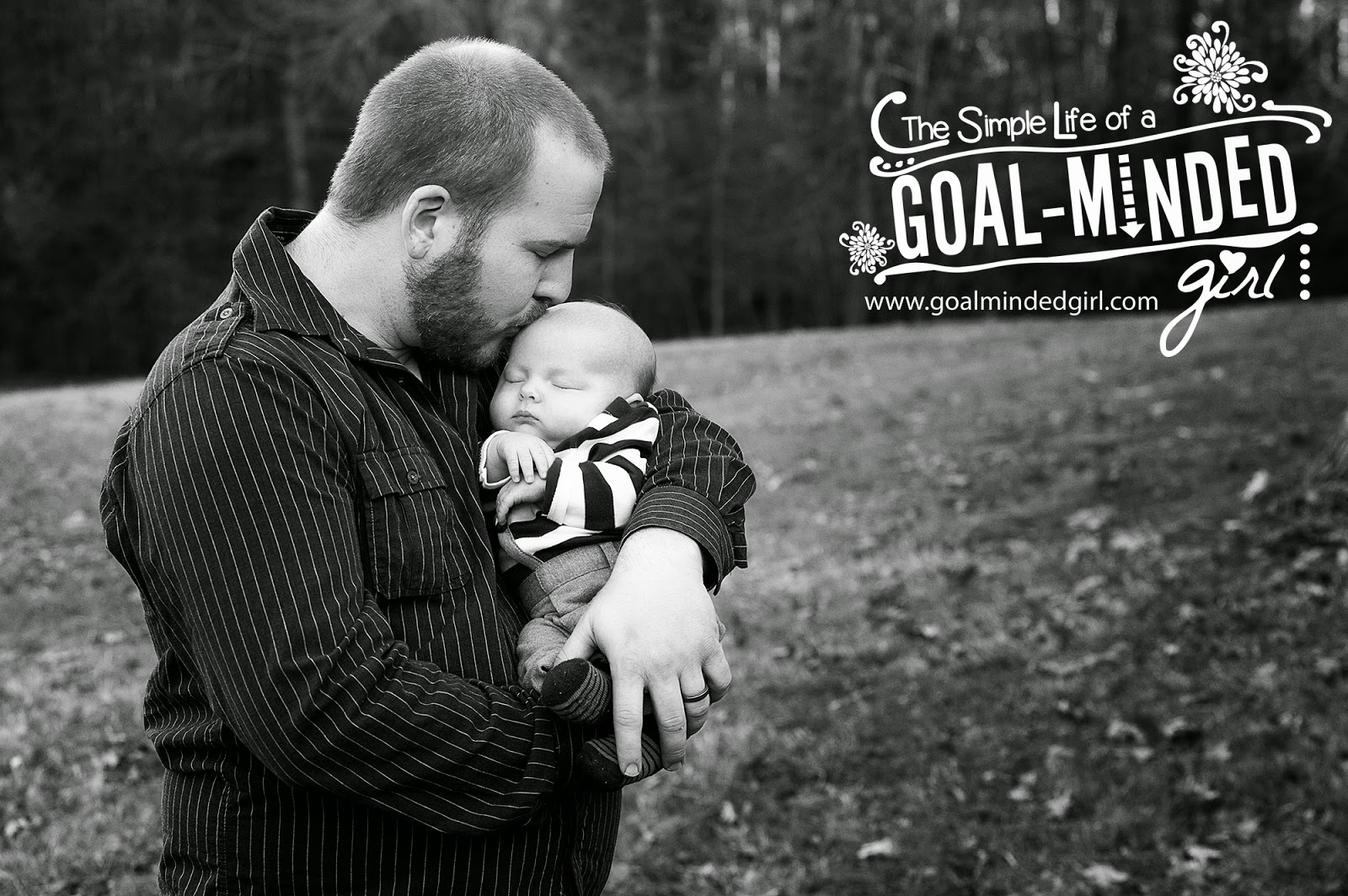 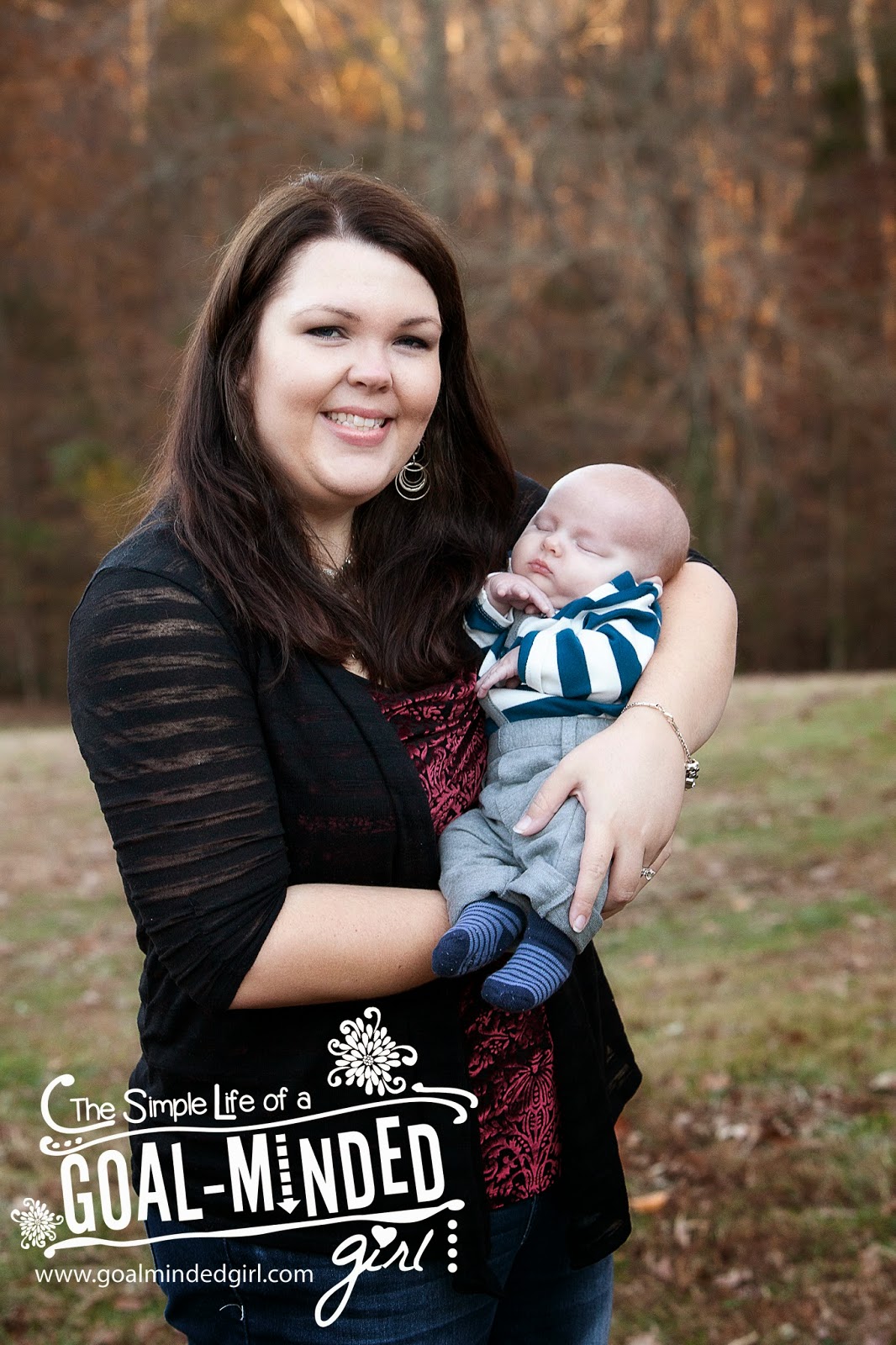 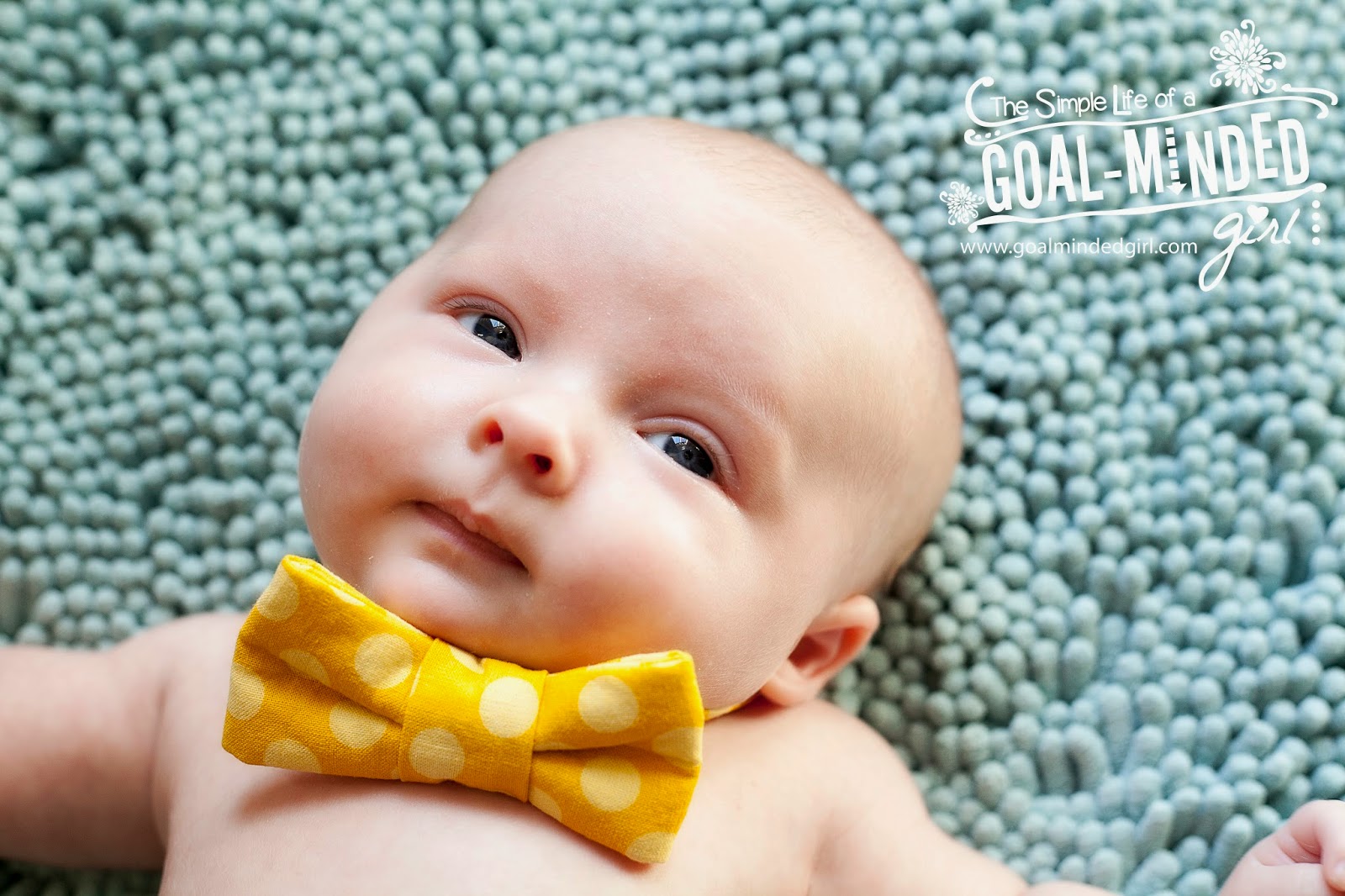 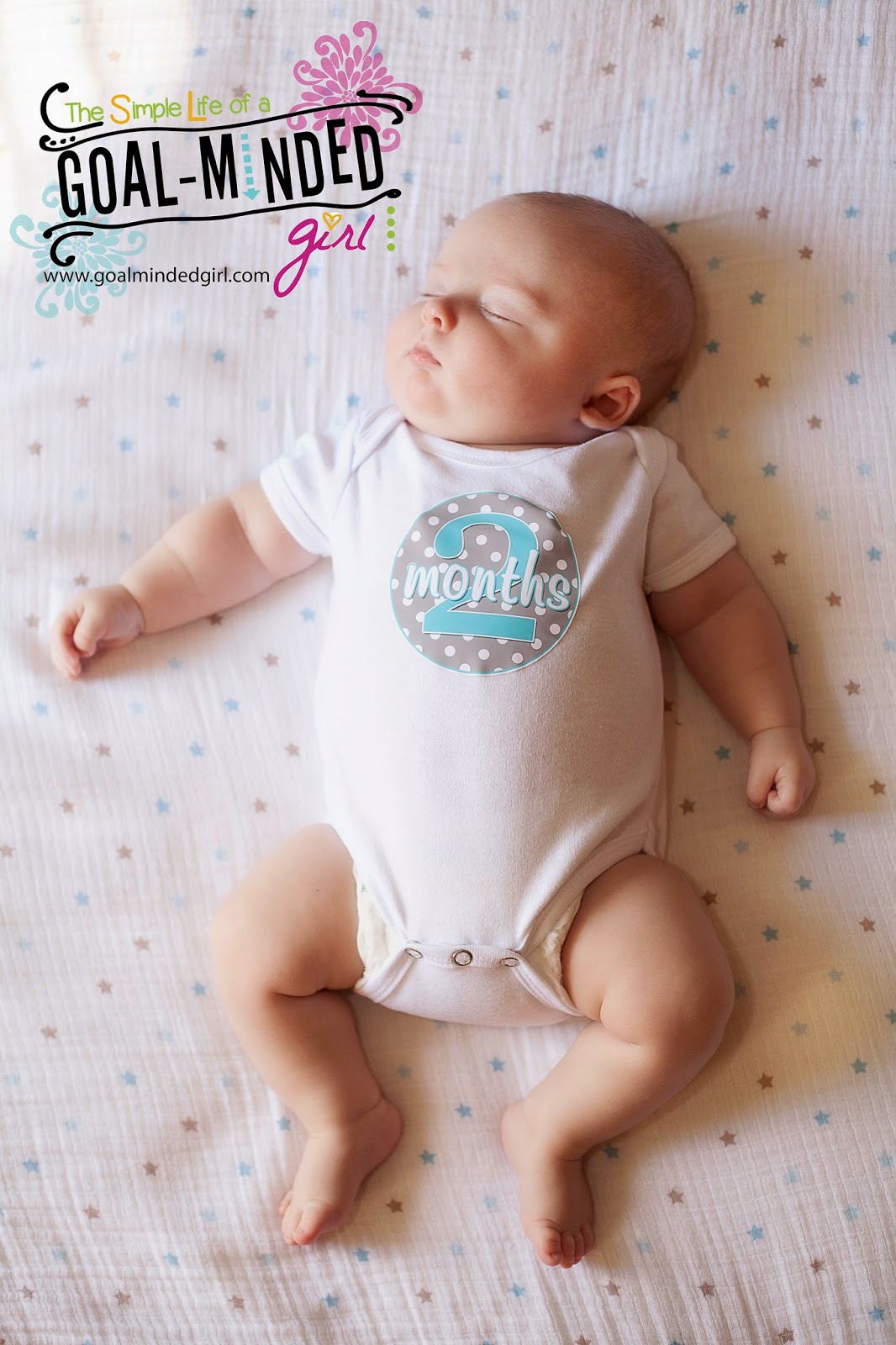 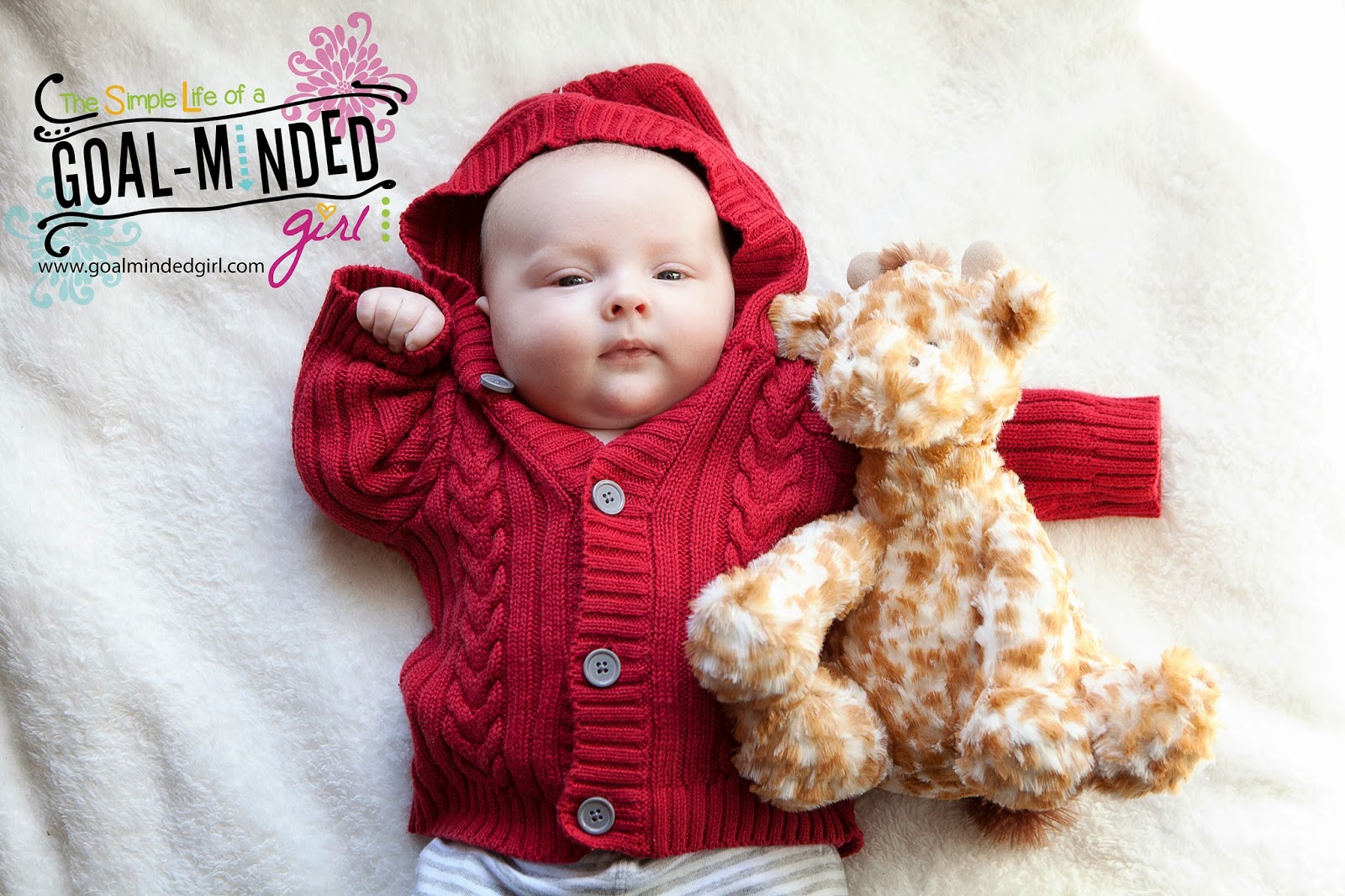 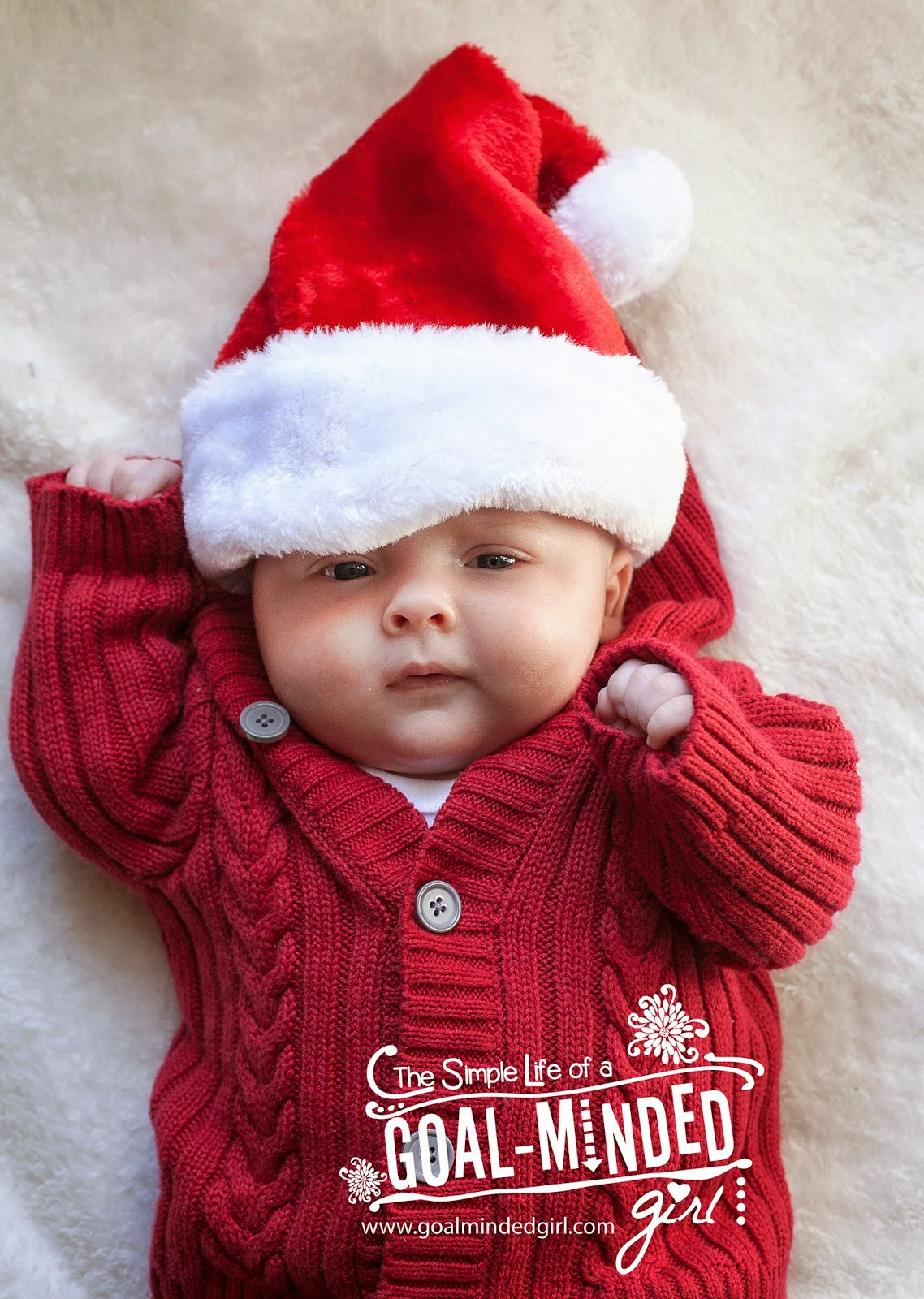 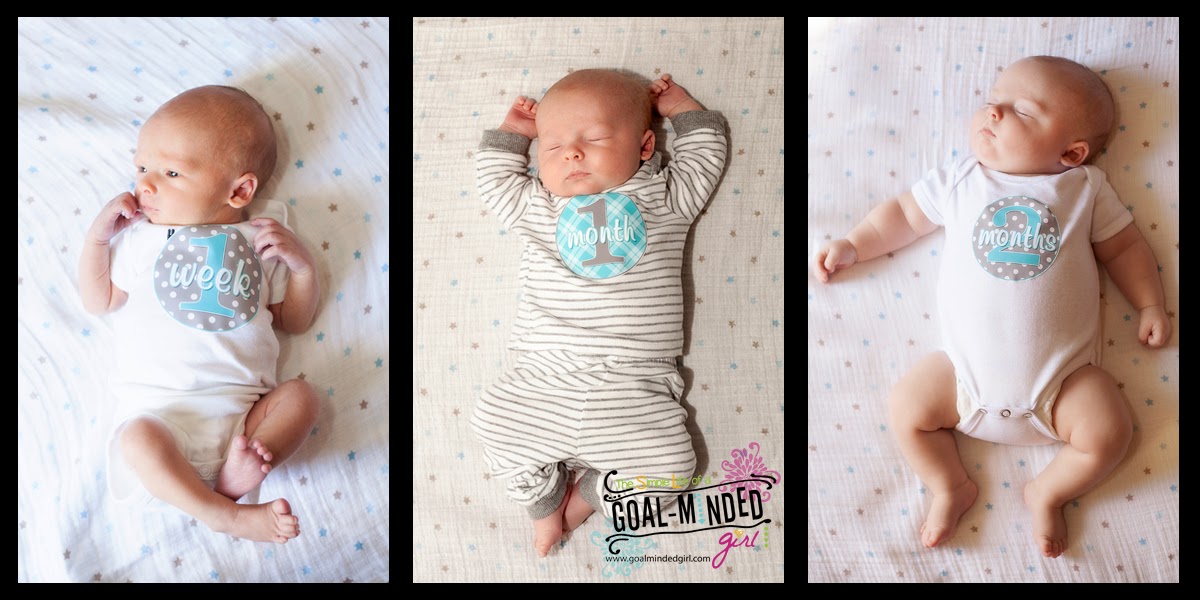 Can't believe how much he has grown.  My teeny tiny baby is now a chunky monkey.
Well...guess that's about it.  I really need to start writing things down but at this point, I'm not really sure what to document.  What do you keep up with for your little ones? Little things you want to remember?
~Ciao!﻿