I've been a little MIA lately.  Two months.  A lot has happened in two months.  My sweet niece was born.  I turned 30.  We celebrated our 7th wedding anniversary.  I went to the Biltmore for the first time with some friends.  We went to the beach then to Charleston for a weekend to have a photo shoot with our favorite photographers :)...will share some of those below.  I hosted a fun baby shower for a good friend with the help of the girls in my Life Group. Lots of stressful changes at work.  We went on a wonderful cruise. And the craziest thing of all... SURPRISE! 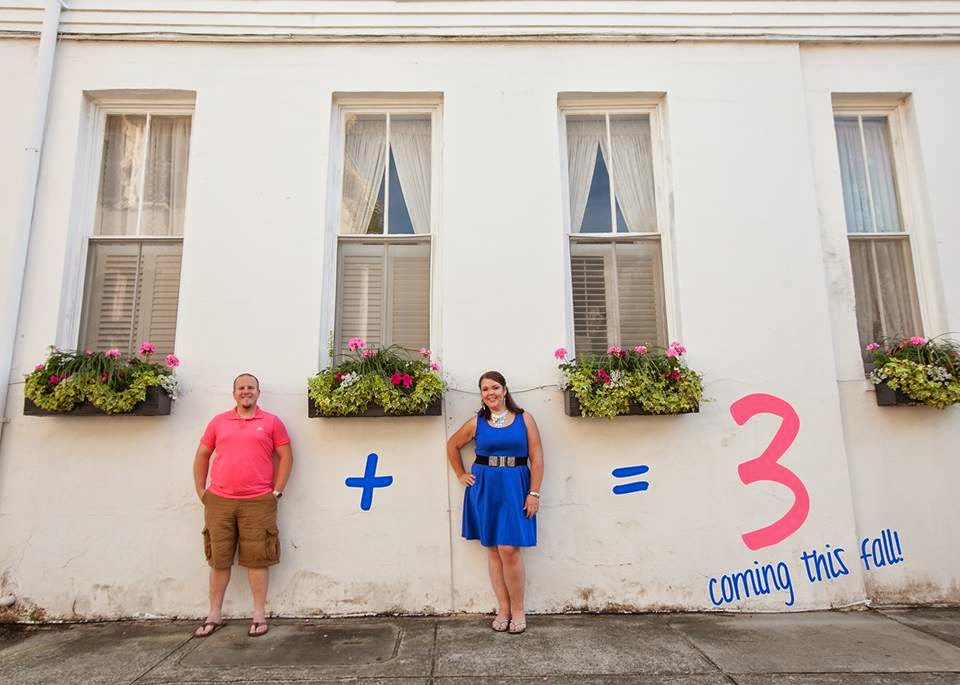 Yep.  After years of never really thinking it would happen for us, I found out I am pregnant.  I actually found out on February 26.  So technically when I posted last, I knew but obviously I wasn't sharing.  I wasn't feeling weird or anything, I just thought "hey what the heck, I'll take a test while I'm home for lunch".  Not expecting anything different than what I've seen for years (aka a Big Fat Negative), I took the test and just kind of non-chalantly waited the couple of minutes and took a peek.  Then I did a double take thinking "you've got to be freakin' kidding me".  Surely my mind was just imagining that second line there.  So I hid the test in the drawer while having a minor panic attack on the inside.  I had to keep it to myself all afternoon! Yikes!

So, when I got home, Darren was already at home because he had not been feeling well and had gone to the doctor.  I went and took another test with the same results.  Normally, I would probably try to come up with some fun way to tell him our big news but I just couldn't hold it in any longer.  So, I held the test behind my back and walked in the living room and said "ok...so I don't have any cool way to tell you this so I'll just show you" and showed him the test.  His reaction "are you serious?" obviously with a huge grin on his face.  We hugged and then sat down and were both like "I don't even know what to think right now".  That was a Wednesday.

Do you know how difficult it is to keep that quiet??? My gosh!  I started feeling sick about a week later and was out of work just for a day.  Then apparently I have the worst poker face ever and can't keep my mouth shut so a couple people at work found out but I trusted them not to say anything and they didn't.  I had my doctor's appointment at 8 weeks along with an ultrasound and got to hear the sweet lil' heartbeat.  We were going to wait until 12 weeks to tell anyone at all but I just couldn't do it.  So we decided to go ahead and tell our parents and then swear them to secrecy for the next month.  Our parents are super excited of course.

We were able to wait until we were about 11 or 12 weeks before telling everyone else.  It's still all a little surreal and really I don't feel pregnant...just fatter lol which for someone who just lost 90lbs is a more than a little difficult in many aspects.  From about 5 weeks 'til 11 weeks, I took a nap in the morning after getting ready for work, napped at lunch, napped pretty much the entire evening and then went to bed and slept all night.  I was nauseous all day long and the only thing that helped were sweets.  Seriously....how horrible is that for someone who is used to counting carbs lol  I stopped trying to worry with the diet thing and just tried to keep my food down so I could help this little one grow.

The waiting is excruciating.  Waiting to find out whether we are having a boy or girl.  Sheesh.  I don't feel like I can do anything until I know that.  I'm just sitting around twiddling my thumbs.  Then bring on the decorating and planning.  We find out on June 5 :) I'm so excited I can't stand it.  I have an appointment this Friday for my 16 week so at least I'll get to hear the heartbeat again.  That does offer a little peace to all the worrying that I seem to be doing.  Oh....and according to the doctor, I'm due October 30.  I think it's more like the first week of November but who really knows :)

Anyway...that was long!  Here are a few of pictures from our photoshoot with Kristin & Aaron Byrum in Charleston. 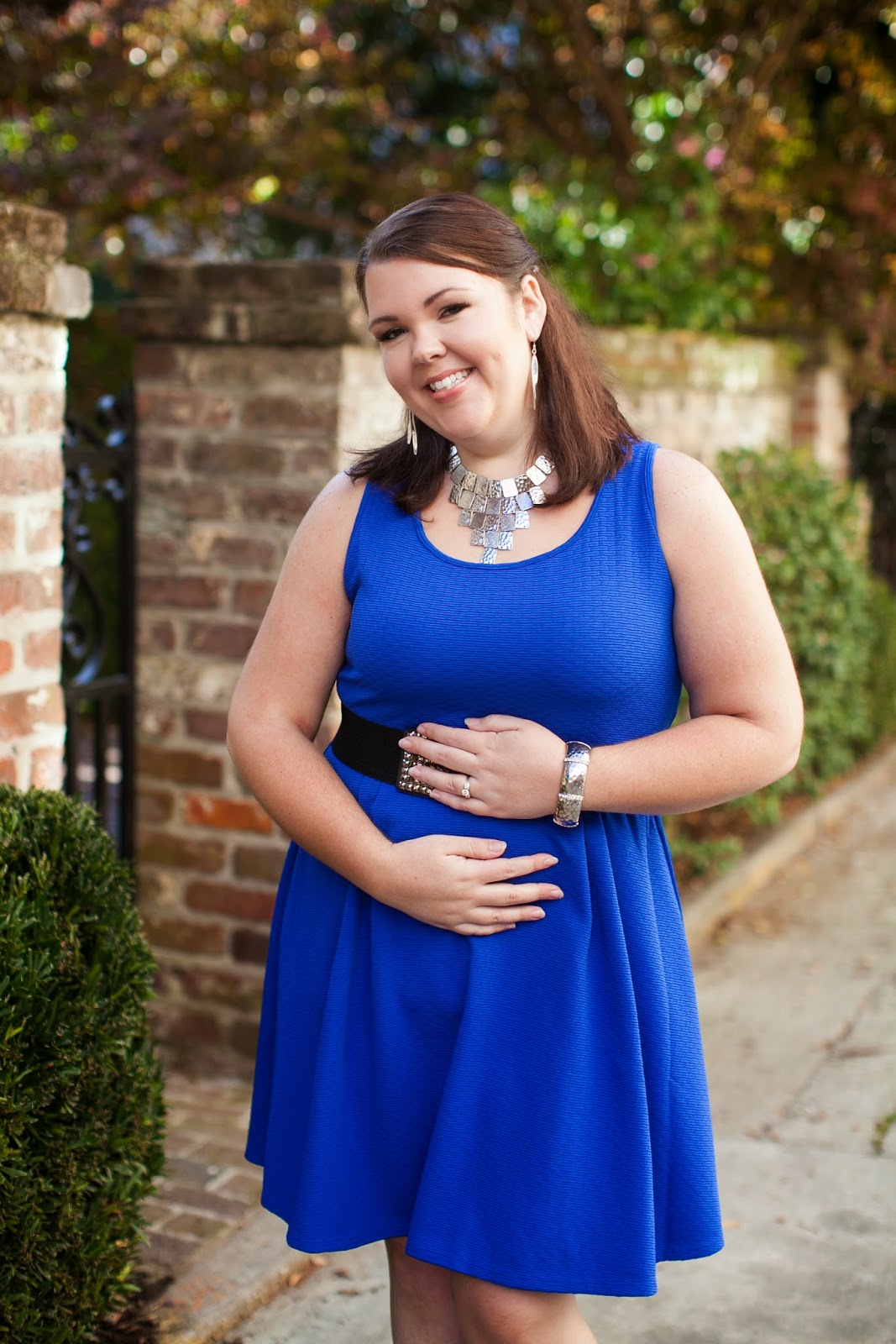 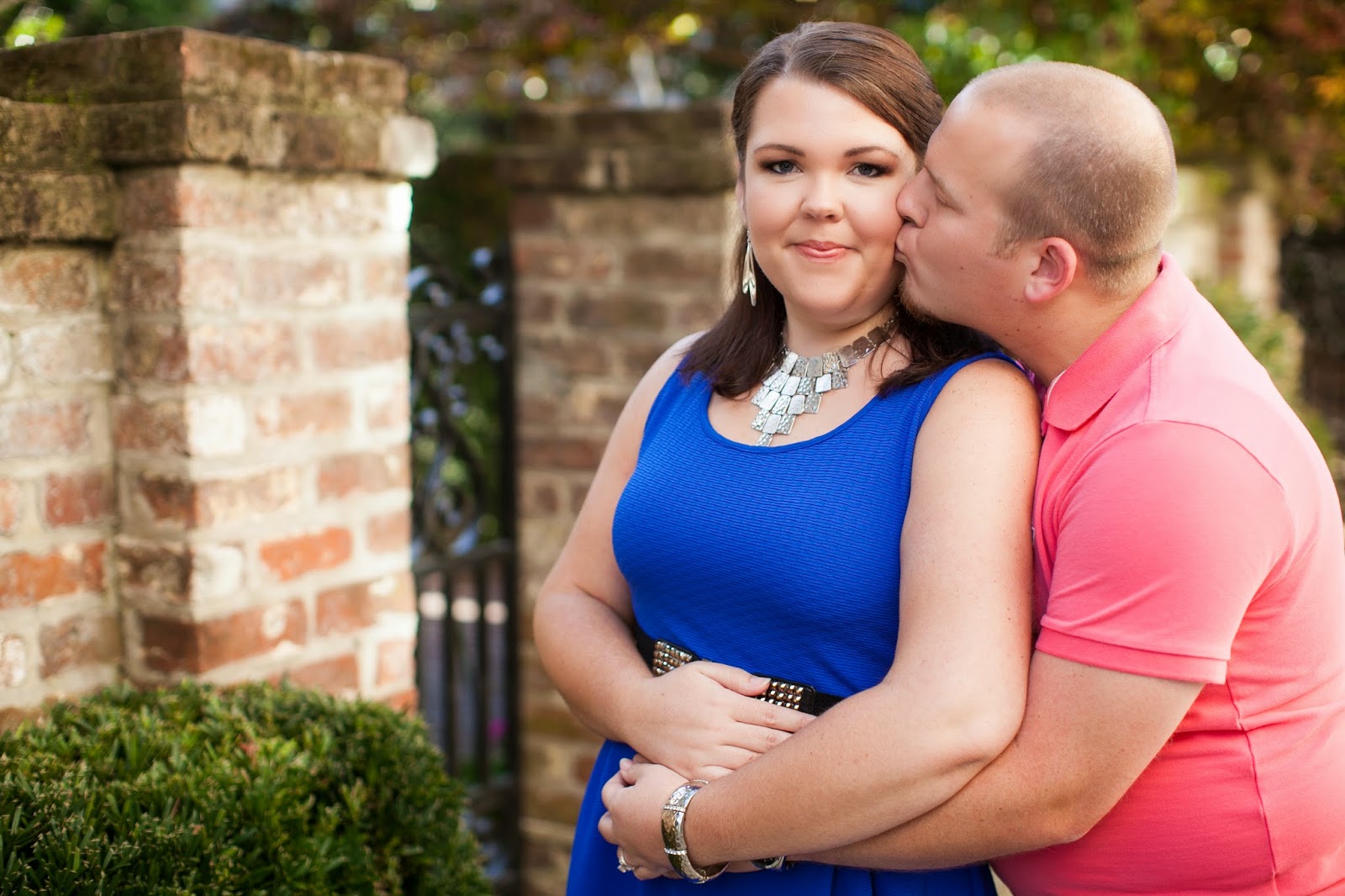 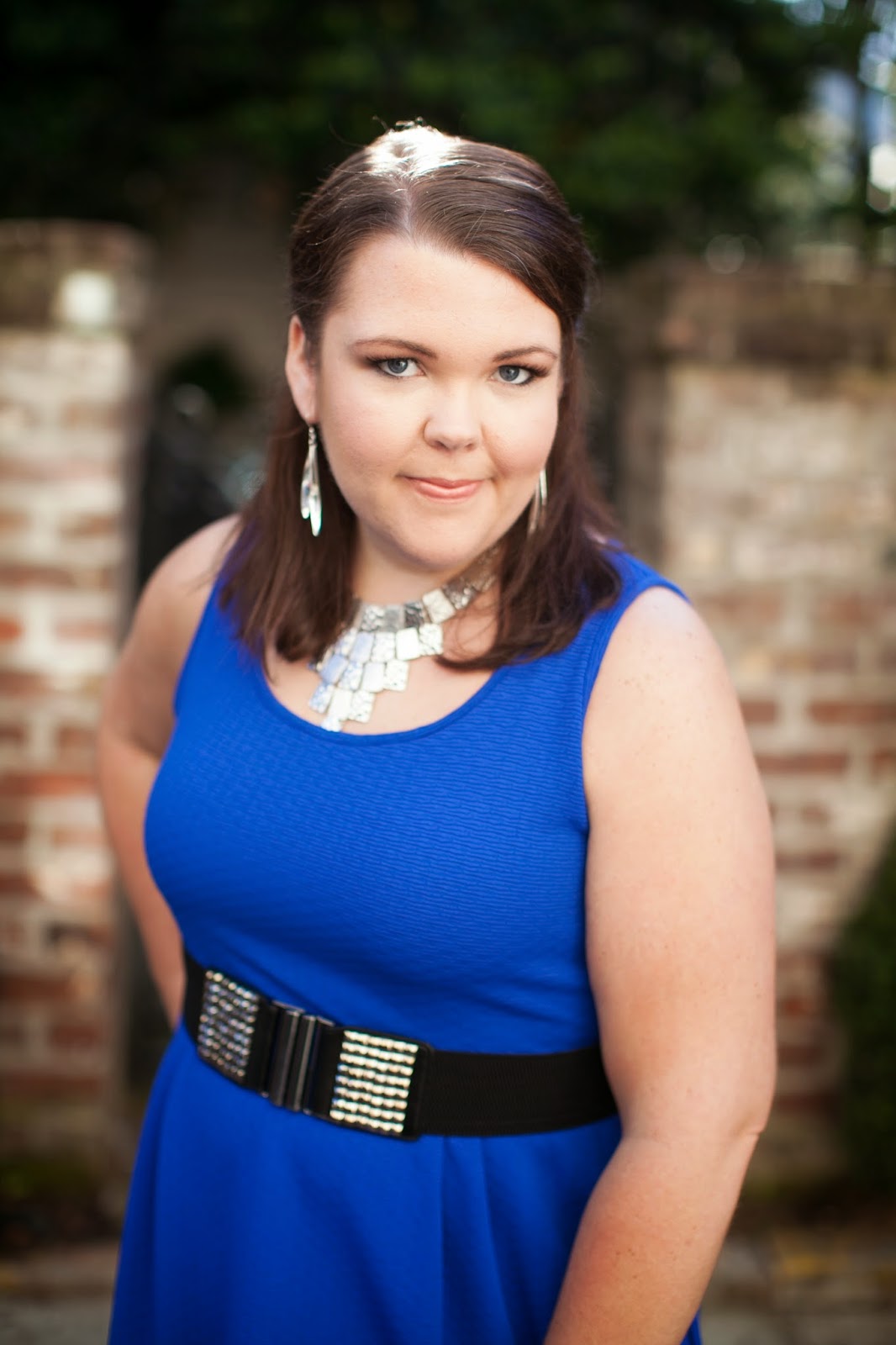 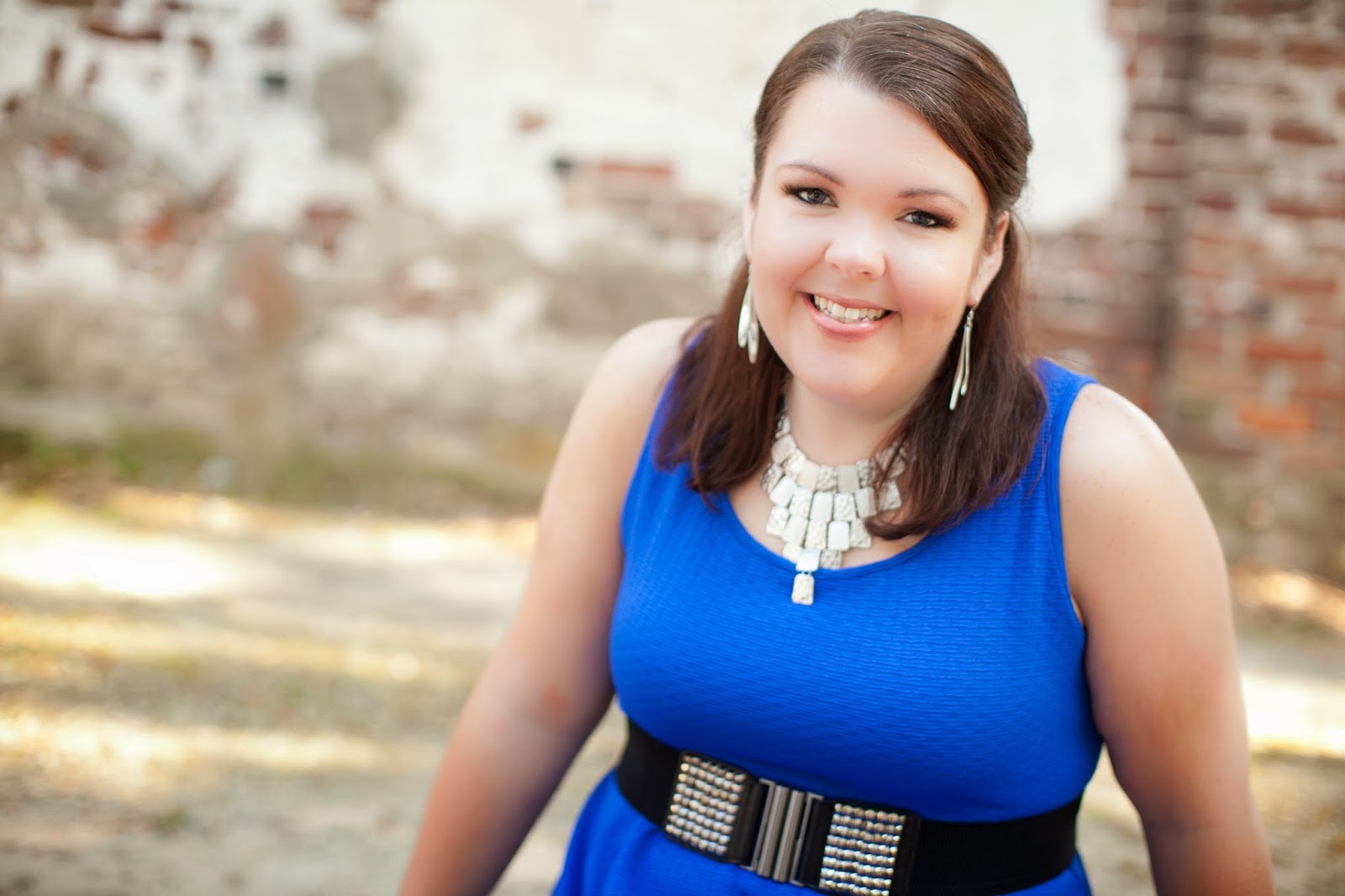 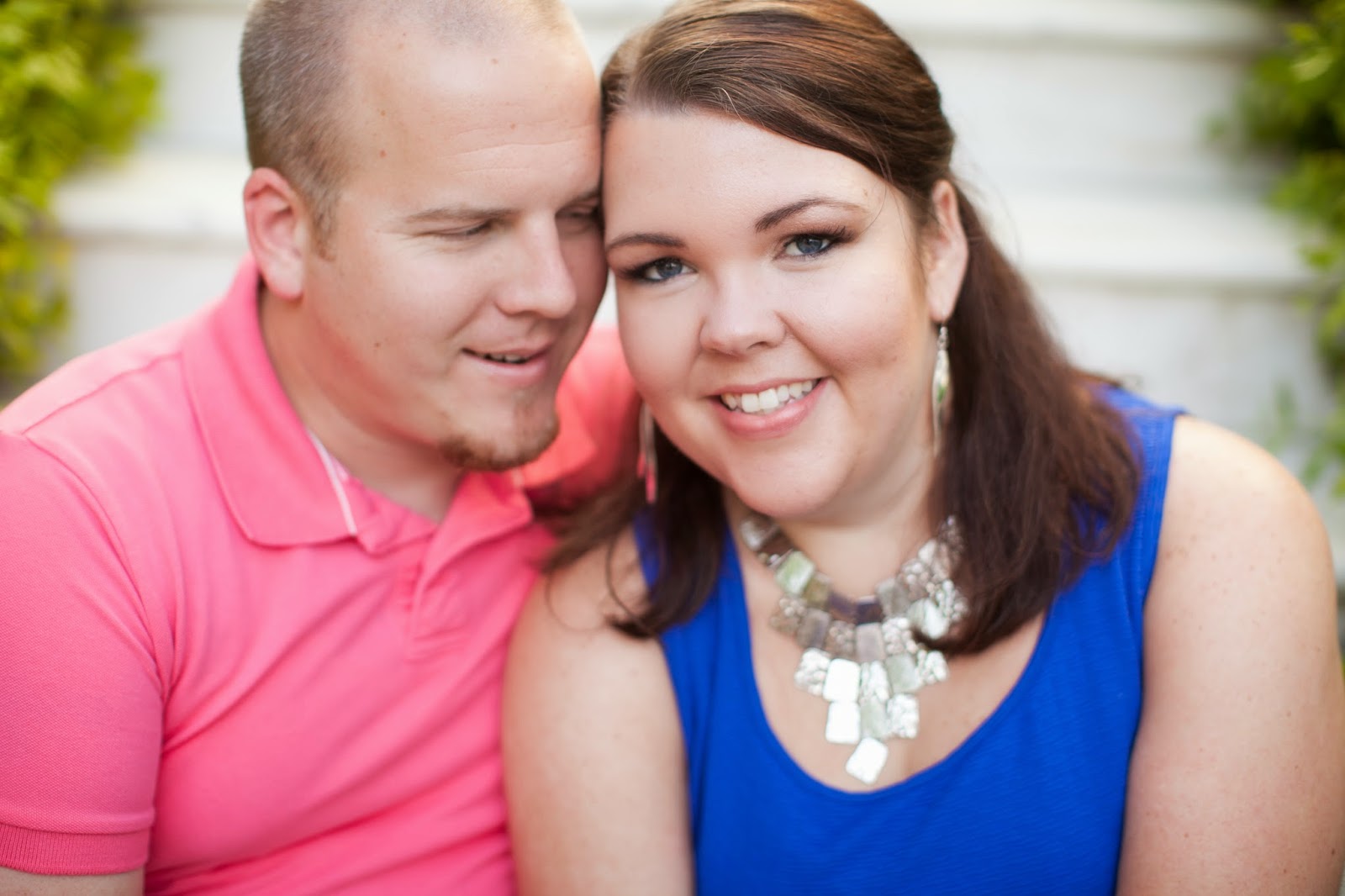 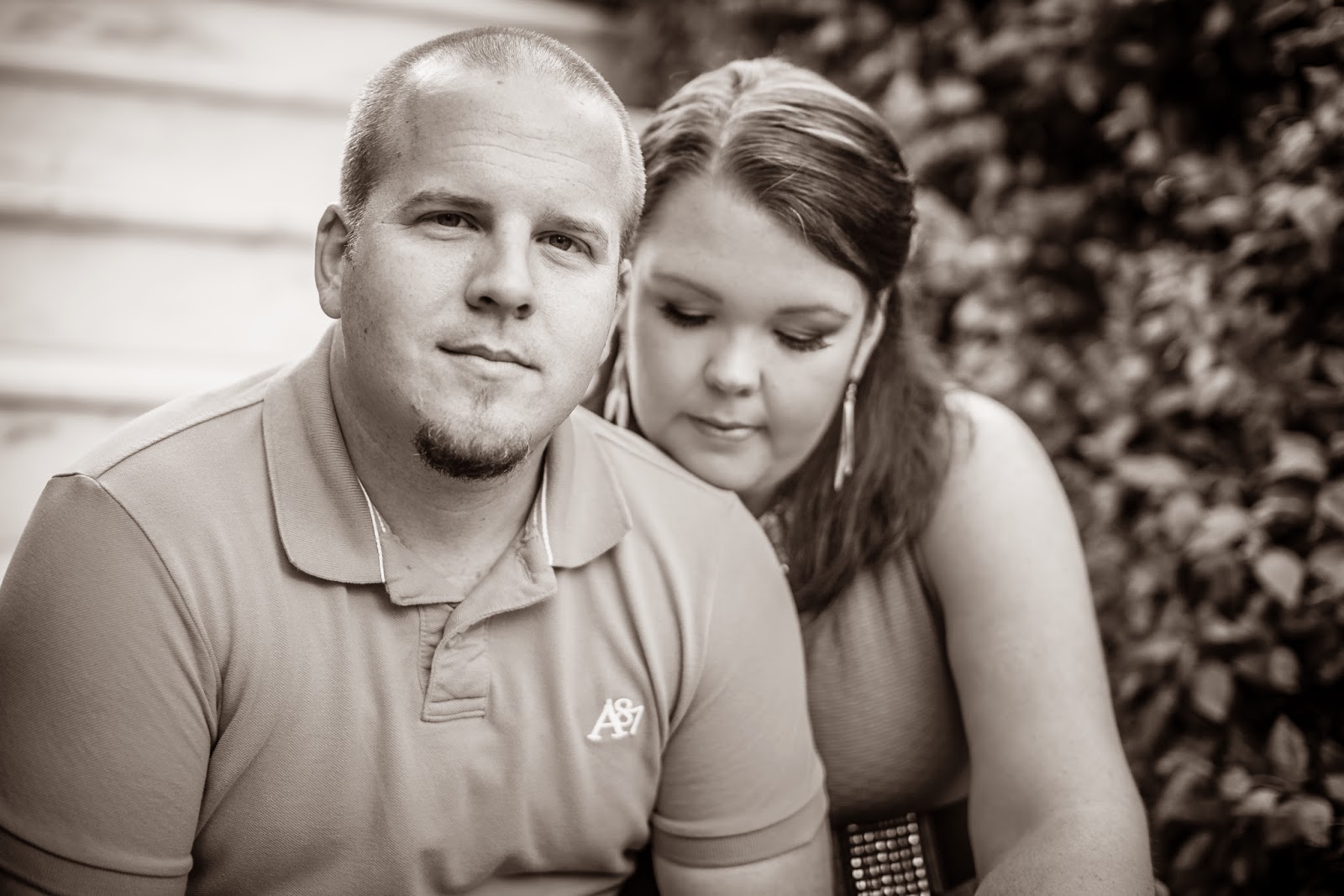 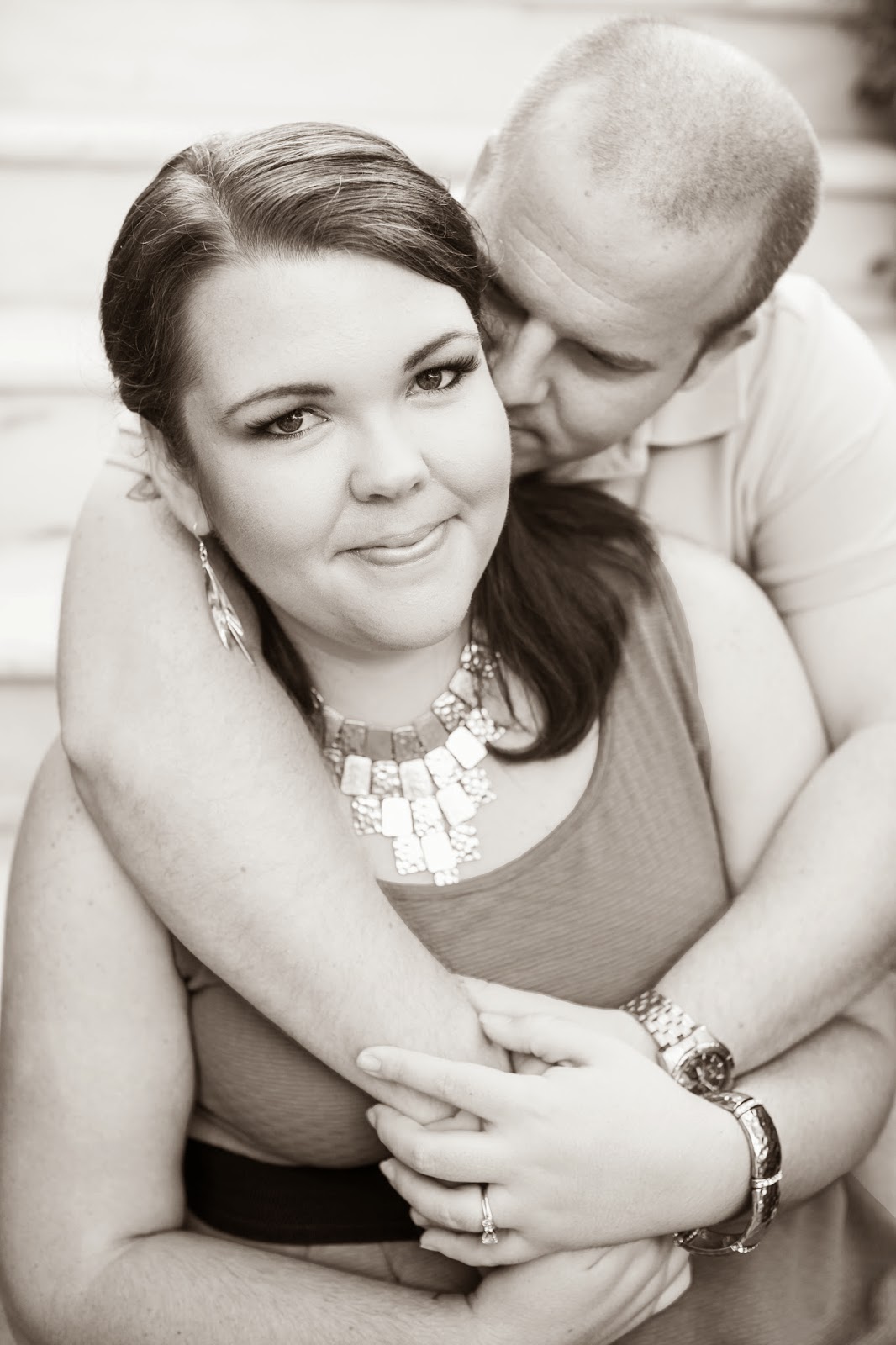 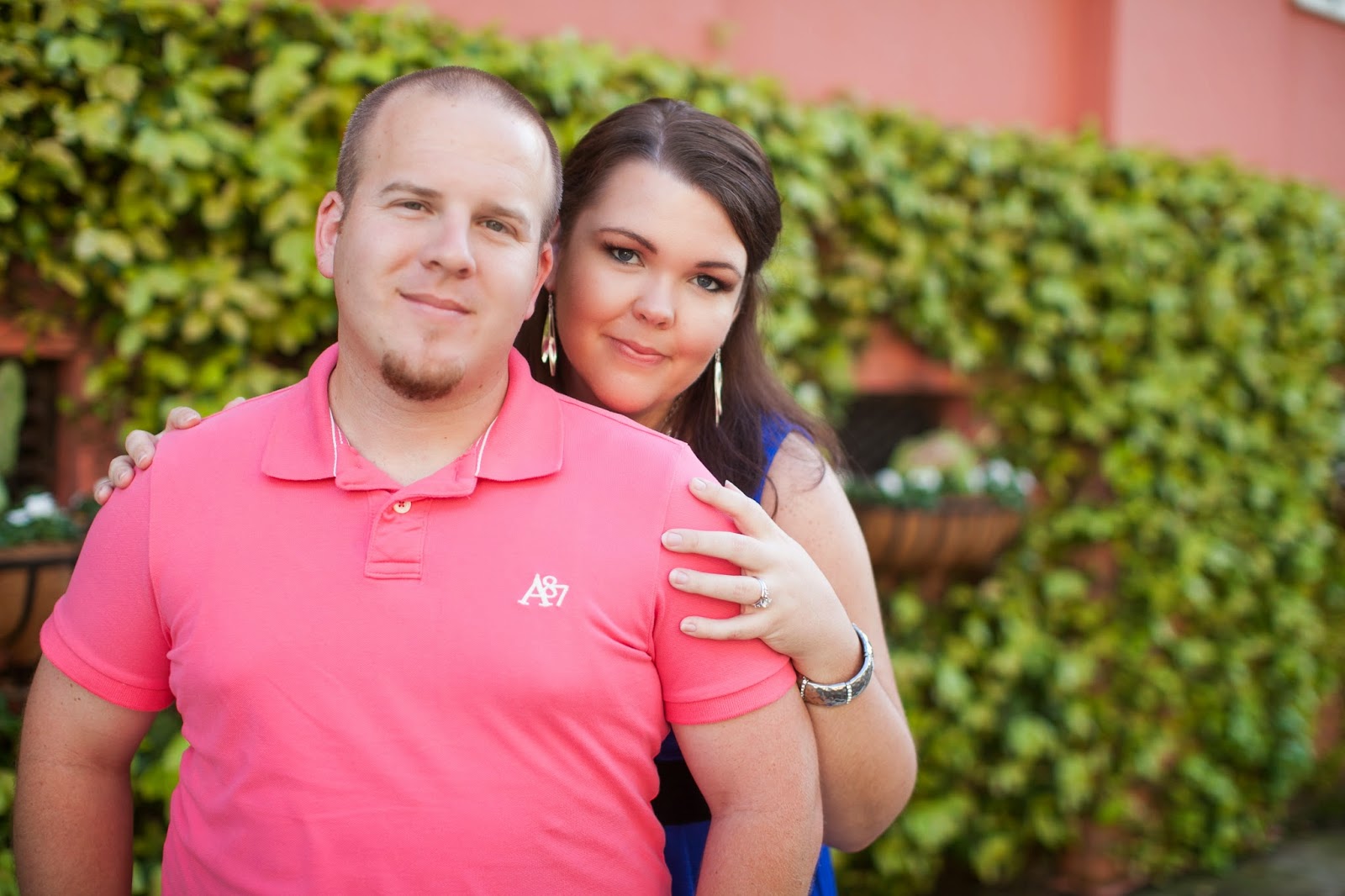 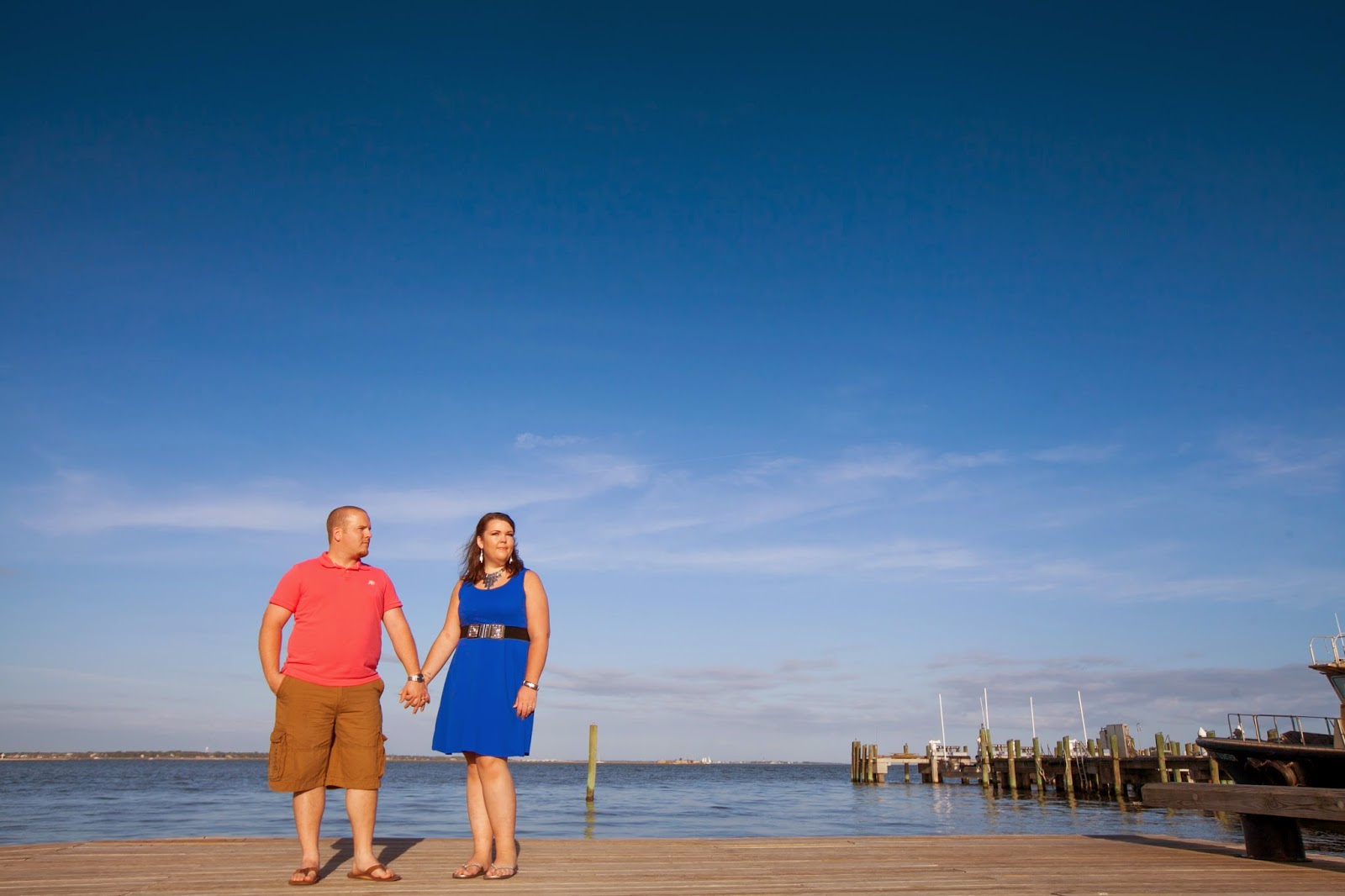 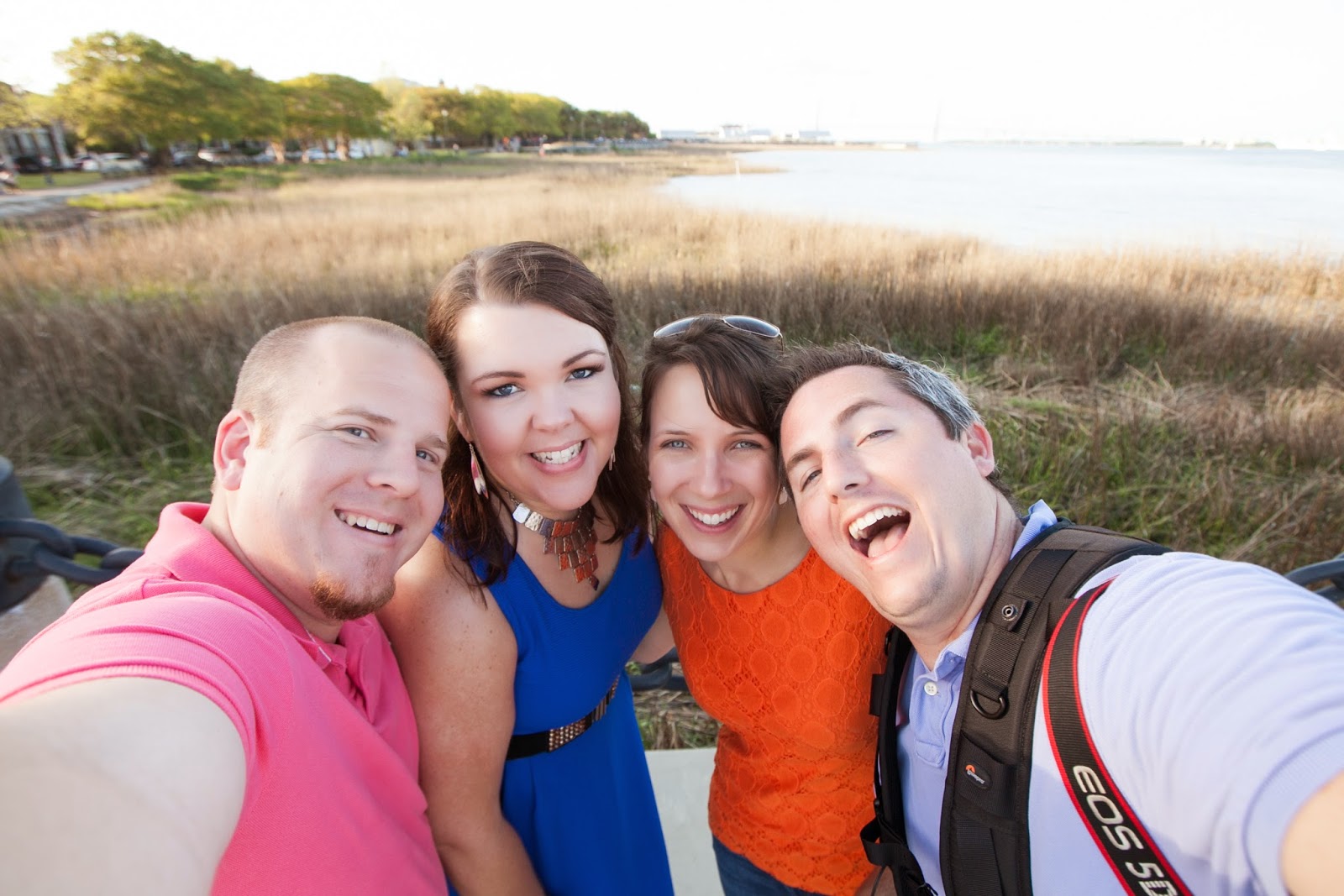 I promise I'll write more often now that I feel like a somewhat normal person again and my secret is out.