I pin LOTS of crafts and "DIY" stuff on Pinterest in hopes that one day, I will make (or take) time to actually do some of them just to say that I did them (or I imagine if they actually turned out well, they would make nice gifts).  I saw this wreath on Pinterest and thought it was really pretty.  The link went to Better Home and Gardens so you can find the original tutorial there.  It obviously doesn't look as nice as the original picture but I thought it turned out pretty good.  The part that took the longest was wrapping the wreath in the yarn.  The whole project took me about 3 hours. 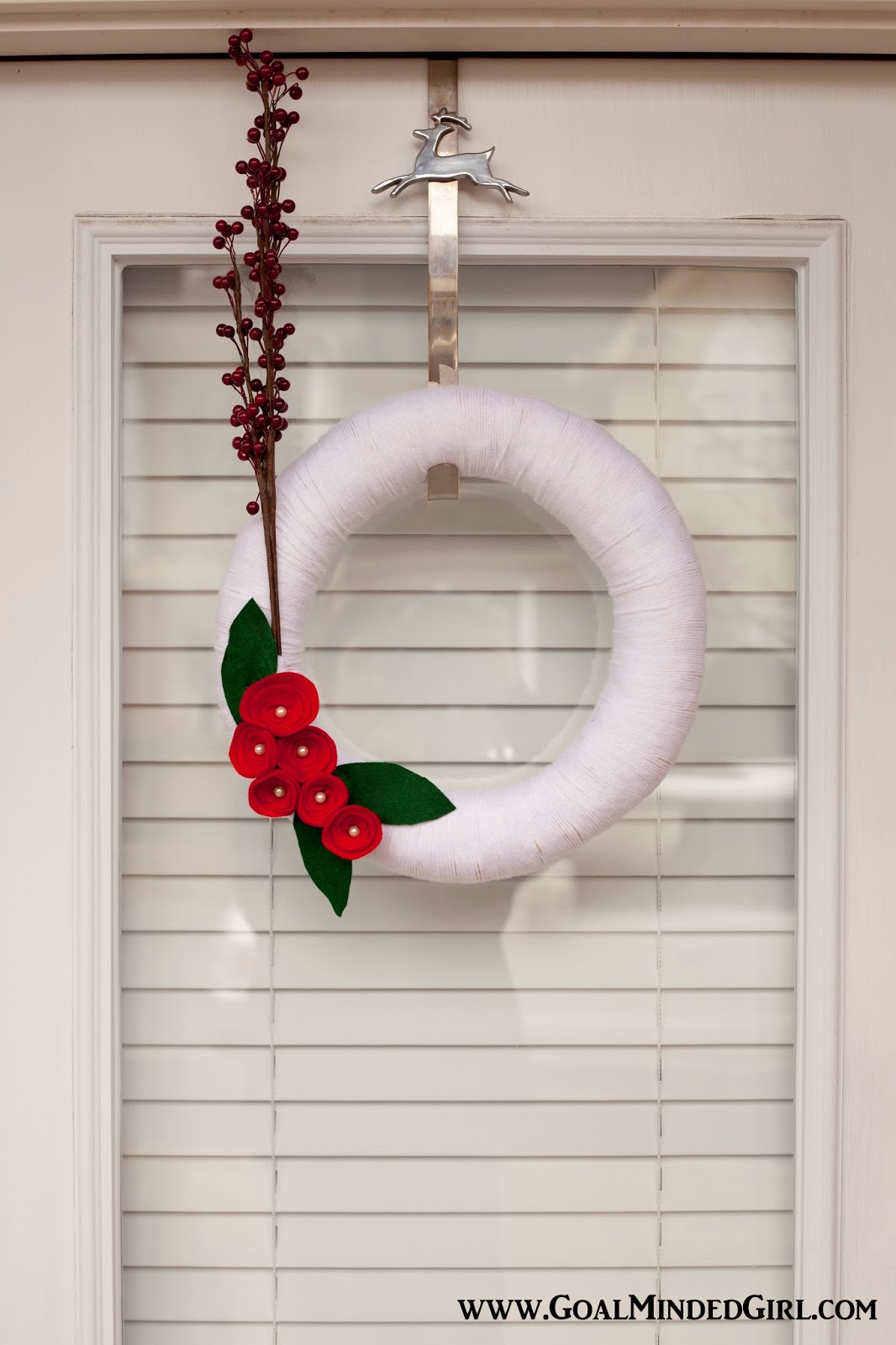 Here is a picture of the supplies you will need.  I got everything for less than $20 from my beloved Hobby Lobby :)  They include a 10in (although all I could find was a 14in) straw wreath, felt squares in red, dark green (tutorial calls for olive green also but I couldn't find it), 8mm pearls, Christmas greenery, a hot glue gun, and a skein of white yarn.  What they don't include in the supply list is pins that you will need to stick the greenery to the wreath. 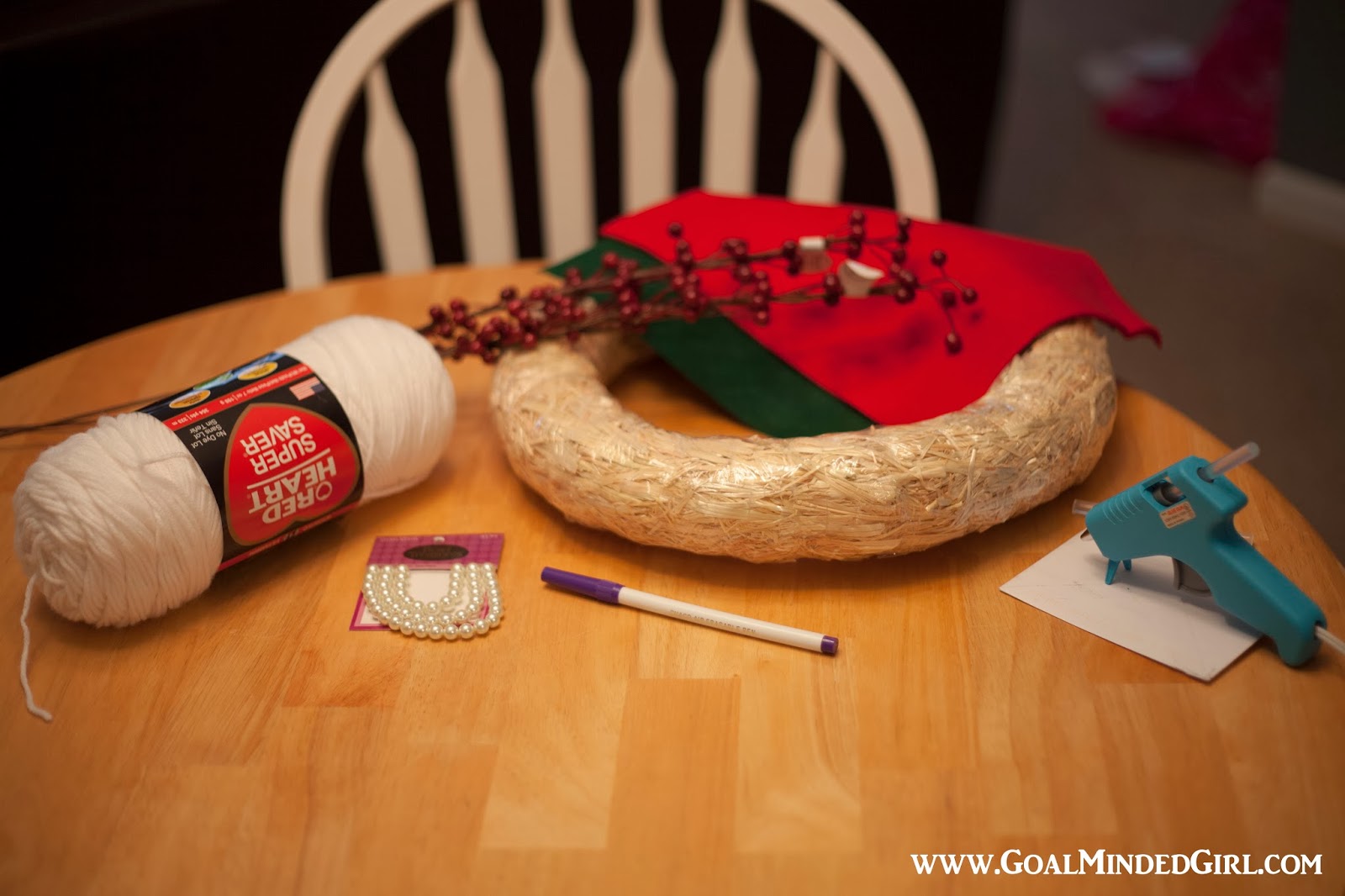 The only way to do a Christmas craft is with the Christmas tree in the plain view :)﻿ 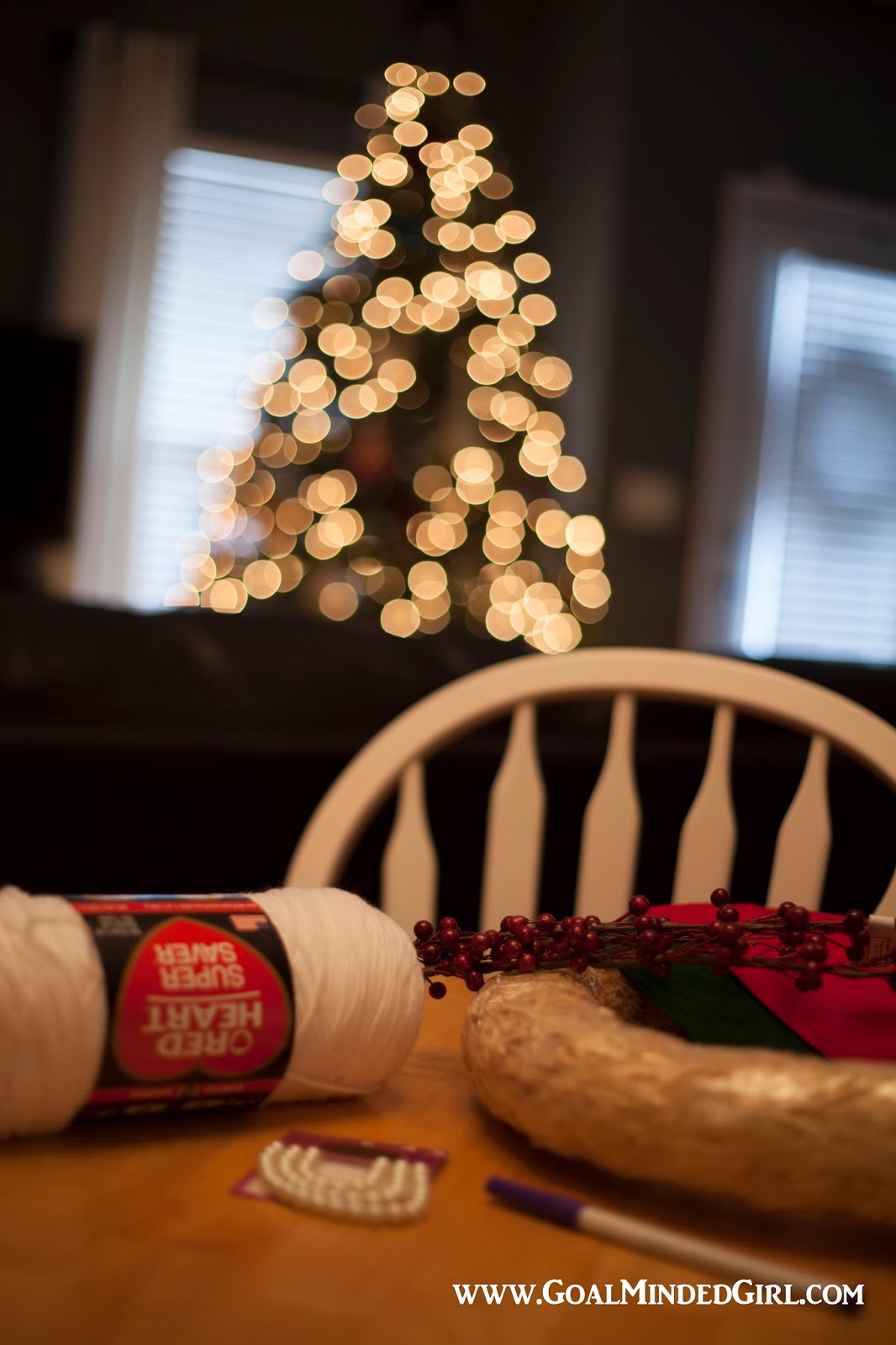 This is how far I'd gotten in 30 minutes when I realized that this would surely take me forever lol  It's kind of an annoying process for a perfectionist and an impatient person but I wanted to finish it so I stuck it out.  You have to make sure you get the yarn nice and tight and you'll have to work it tighter together as you go along. 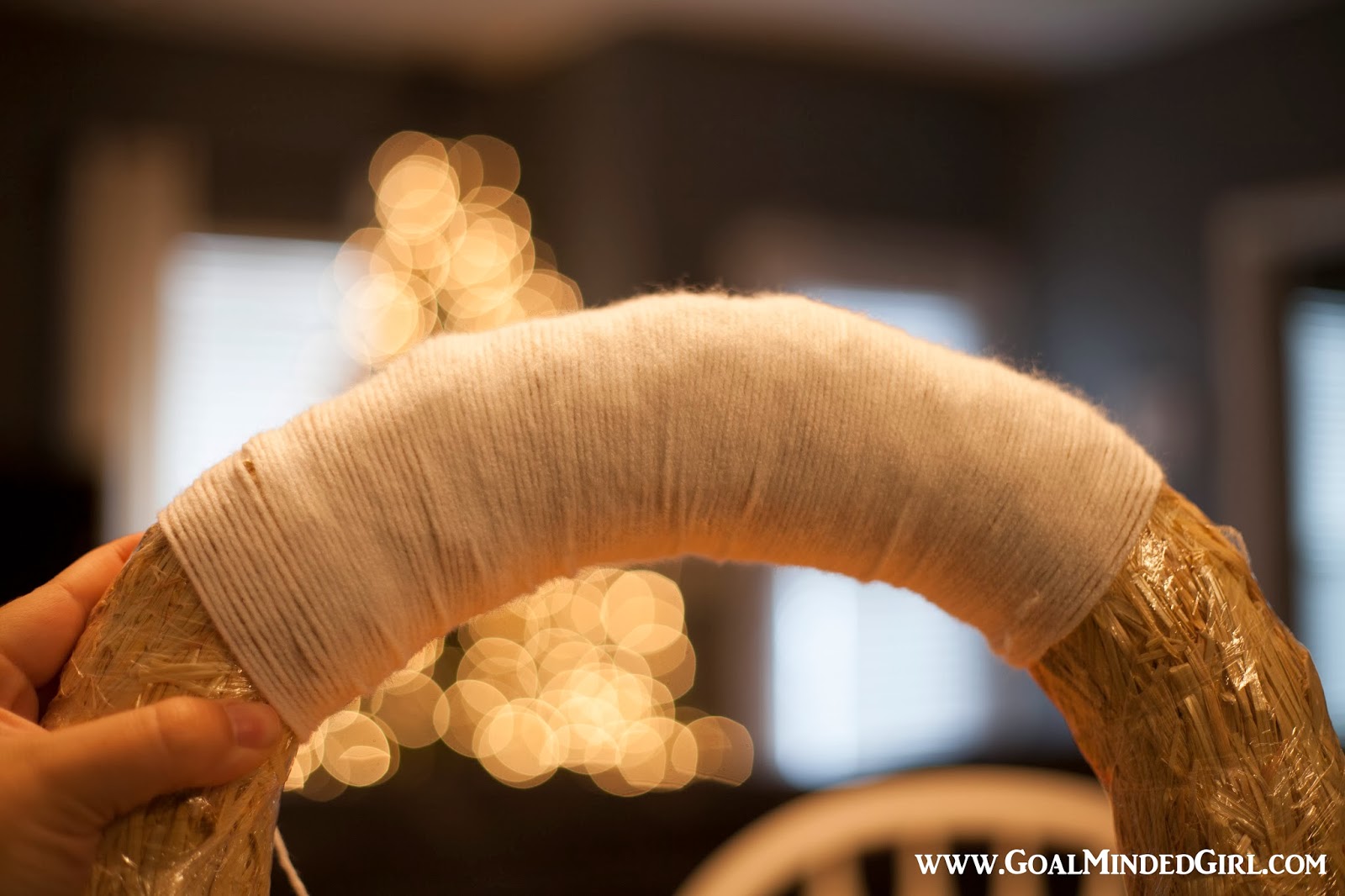 Here is my completed plain wreath and my felt roses that I made but forgot to take pictures of the process....they were super easy though. 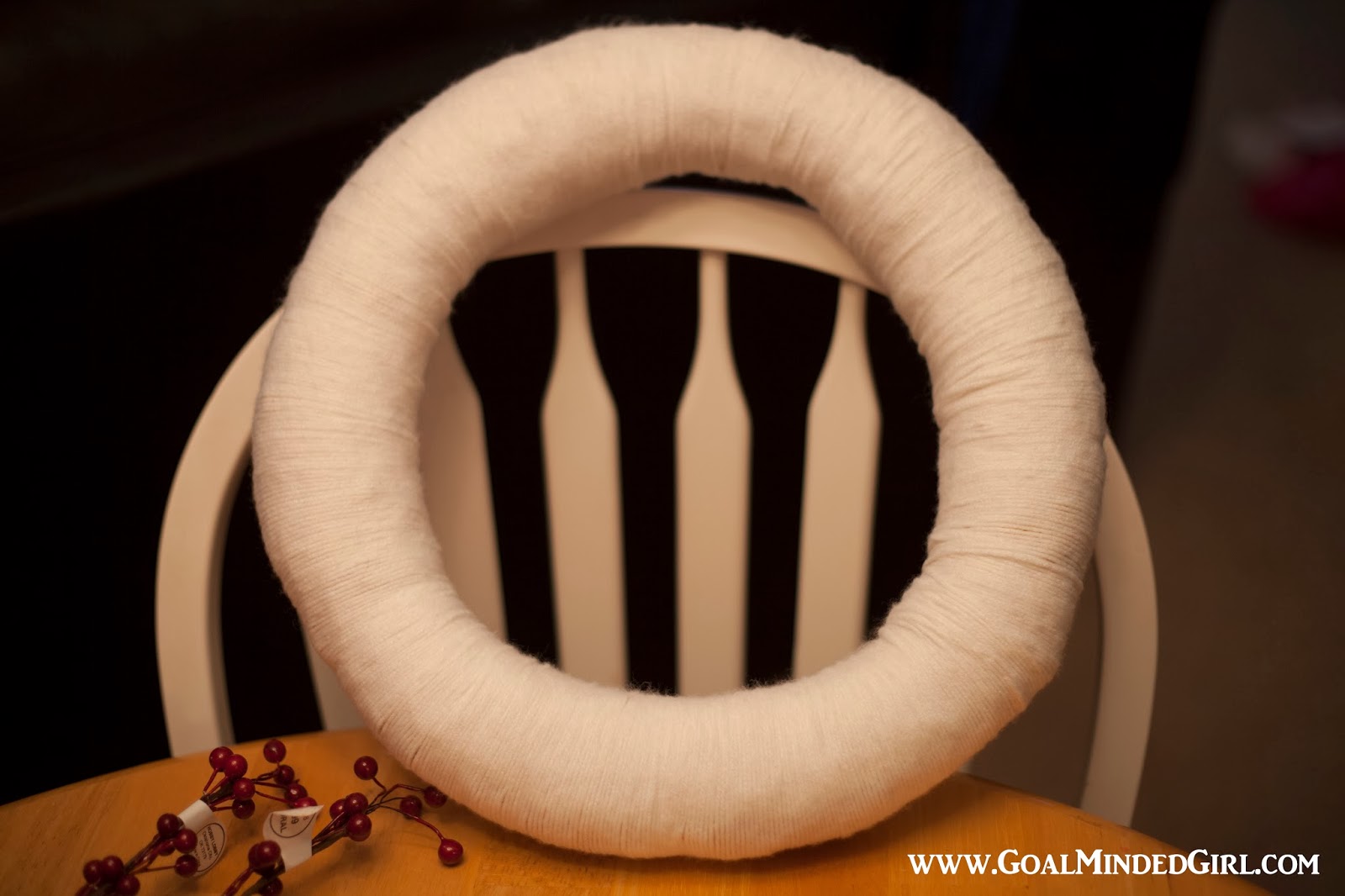 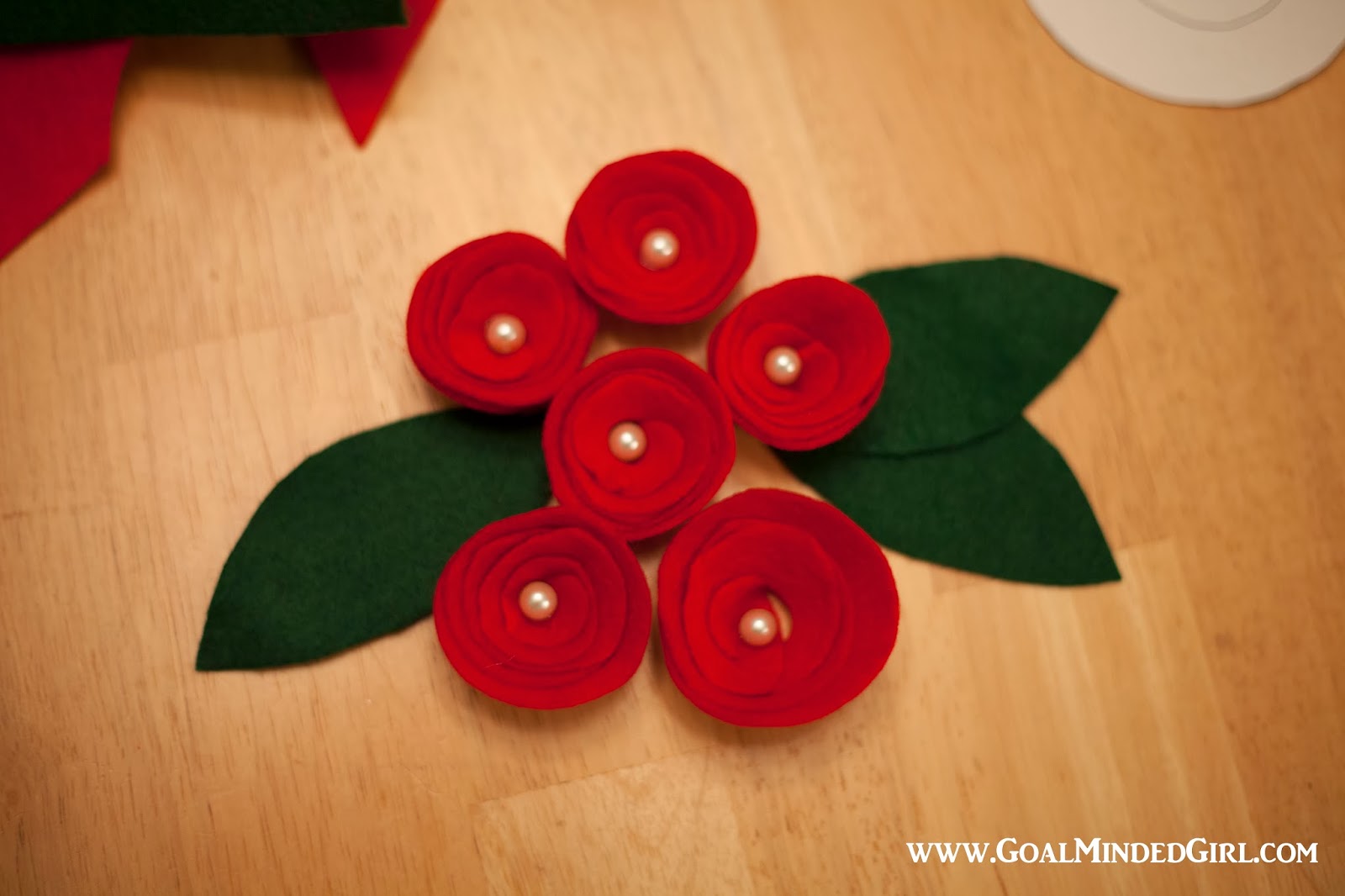 Final thoughts on this project.  My greenery looks really dumb because I should have cut it down so that the berries were over the white part.  But other than that, for my first attempt....not so bad :)﻿