I'm listening to Phillip Phillips' version of Movin' Out that he sang on American Idol one night.  And really...the lyrics are good.  "It seems such a waste of time.  If that's what it's all about.  Mama, if that's movin' up....I'm movin' out!"  And really that has no relation to the things going on in my head except for the fact that I'm probably going to have to make my renters move out  lol  If they don't pay May's rent, they owe us $3,600.  $1,200 of that belongs to my realtor because she was nice enough to pay their March rent.  But really?  Come on now!  The roof over your family's head should be your first priority when paying bills.  Even Dave Ramsey will vouch for that!  I'm dreading having to find new people though.  Last time it took 3 months to rent it because people would be interested but then they would be so wishy washy once we found out about their rental background, etc.  I'd rather just sell it but there's no way we can get what we owe out of it right now.

The news of the tornadoes in Oklahoma is heart-breaking.  I can't imagine those poor children and the fear that must have run through them when their schools were hit by the tornado.  The thought of a tornado scares the crap out of me....I can't imagine living in the part of the country that experiences the threat often.  I think I'll stay where I'm at.  But hopefully someone will step up so the schools will be rebuilt quickly and what about a storm shelter for the kids?  I guess that would be difficult with so many kids and not much time to prepare.  I remember having tornado drills when I was in elementary school.  A lot of times they would announce it the day before and it would make me so anxious that I would end up at home with a horrible stomach ache just from being nervous about it.  Last year, I shadowed a 3rd grade teacher for a day (this is when I thought I wanted to get my masters in teaching).  They had a tornado drill.  The class that I shadowed was so close to the doors that led outside that it really wouldn't have done any good.  I don't know what our area of NC would do if we were actually faced with a natural disaster like that.  I pray I never have to find out.  But my heart goes out to those in Oklahoma and their families.

I had Darren take some pictures of me on Friday so I could hopefully see a difference in myself.  I was going to have my friend Kristen take them the next day but it was supposed to rain so I got Darren to take some just in case.  We get so frustrated with each other when we try to do that lol But he got some decent ones (and I only say that because it was me in front of the camera....he really does take some great pictures).  Anyway!  I was going through the pictures and honestly, I wanted to cry.  I know there is a difference because people tell me they can tell but I couldn't see it.  All I saw was my huge round face.  I just want it to go away.  Sometimes in the mirror after I get dressed, I think maybe I kind of look pretty and my face isn't huge but then I took those pictures when I kind of felt that way and it wasn't good.  It sucks feeling that way about myself.  Now I know I have a long way to go.  Yes, I've lost 45 pounds but I have a good 65ish more to go.  I know I just have to keep on truckin' no matter what.

In other news....yesterday was my two month sleeveaversary.  I forgot to take my normal progress pictures on Sunday so those will have to wait until Saturday but I also need to do my measurements.  I'm down 45lbs since my 2 week pre-op diet started March 5.  I feel pretty good about that.  I'm just trying to take one day at a time and not set a ton of goals for myself in the weight area.  I went boxing last night and I will go again tonight.  Tomorrow I will do strength training.  Thursday, I will try kickboxing again.  Friday, I'll do my strength training and maybe some swimming if it's nice out....haven't built up the courage to go down to the pool yet.

Oh.  Saturday, I was alone pretty much most of the day because Darren was nice enough to do some much needed maintenance on my 4Runner so I decided to watch a few chick-flicks that I had.  I watched Life As We Know It....which if you haven't seen it, it's a good movie.  Then I watched PS I Love You.  I've had the DVD for probably 4 or 5 years (seriously) and never watched it because I always heard it was a tear jerker and I'm just not a big fan of those because I look like a hot mess when I cry (aka swollen eyes and can't breathe out of my nose).  Well I figured since my pictures were canceled and I didn't have anywhere to go, that I'd watch it.  Can I just say....WHAT IN THE WORLD! lol  I cried...like tears flowing, borderline sobbing type of crying through the entire movie.  I will probably never watch it again because I really just can't deal with stuff like that.  It was a little extreme.

Ok. well I have a lot more on my mind but I'll just keep it at that for today :)  Someone posted this on our WLS facebook group yesterday and I thought it was a great thing to remember so I'll end with that. 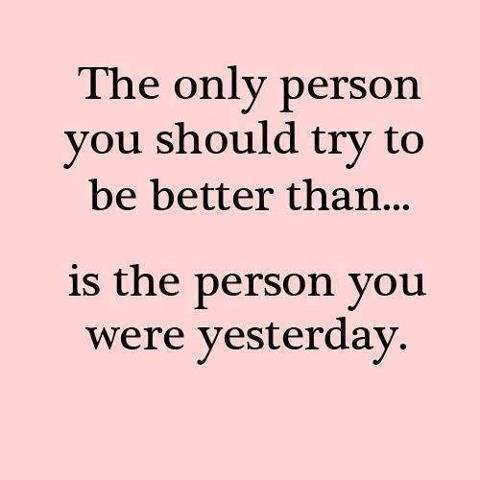 Posted by Melissa Smith at 9:51 AM